Move Over Fifty Shades of Grey, Another Twilight Fanfic Gets A Book Deal 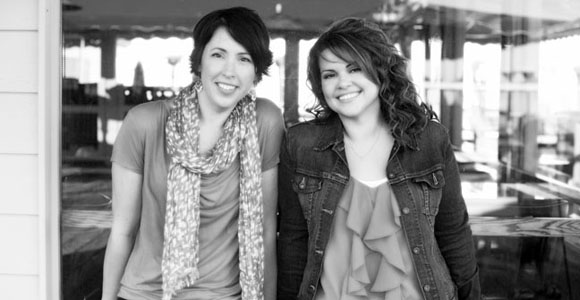 Sitting alone (or with a friend) in your room, coming up with various ways your favorite characters could bump into each other and have sex, did you ever think you’d get paid for it?  Christina Hobbs and Lauren Billings will wonder no more. Simon & Schuster have picked up their Twilight fanfiction, The Office, for a two-book deal.

The original work was titled The Office (and Susana was severely disappointed to find out it wasn’t a NBC Office/Twilight crossover) but will be reworked as Beautiful Bastard for Simon & Schuster. It was written by Hobbs and Billings under the pseudonym Christina Lauren.

The Hollywood Reporter explains the premise, “The Office, which reimagined the Edward Cullen-Bella Swan relationship as a steamy love/hate romance between a boss and his assistant, was one of the pioneers of the Twilight fanfic genre, generating more than two million downloads, before being taken offline by the author in 2009…Beautiful Bastard tells the story of the whip-smart Chloe Mills, an intern at a company who is about to earn her MBA and embark on successful career, but finds her herself caught up in a steamy love/hate relationship with her ‘exacting, blunt inconsiderate’ boss Bennett Ryan.”

Beautiful Bastard will be released February 12, 2013, while the second book Beautiful Stranger will come out May 28, 2013. Simon & Schuster’s Gallery imprint paid the women what insiders are saying was a “substantial” advance. While working as a junior high counselor, Hobbs started the fanfic work in 2009 and joined with Billings, a neuroscientist, a year later. They say the new books will stay true to the original story but that only about 20% of the original work remains.

Though The Office was successful online before it, Fifty Shades of Grey was published first and has sold more than 40 million copies, and is now being adapted into a feature film. Simon & Schuster are betting they can replicate those results.