We Found A Way to Turn Off Hunger, And It Involves Lasers | The Mary Sue

We May Have Found A Way to Turn Off Hunger, And It Involves Lasers

It's cool, I didn't really want that second burger anyways, you guys. 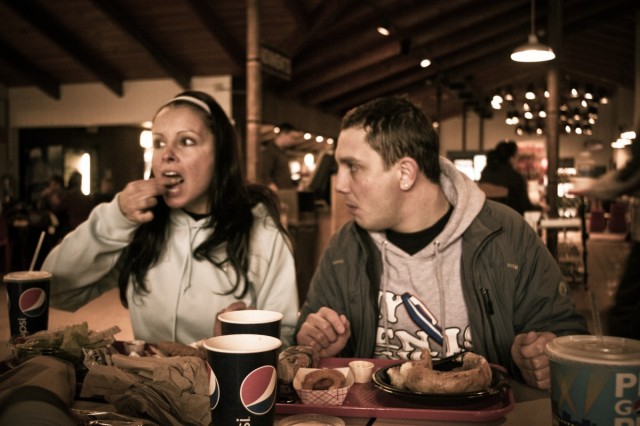 If you’re interested in losing weight, and aren’t afraid of having your brain controlled by a laser beam through your eyeballs, then science has the perfect solution for you! In a recent study (using mice only, at this point), scientists think they’ve discovered the part of the brain that allows for overeating – and how to turn it off.

Given that over one-third of American adults are obese, neuroscientists have been attempting to discover which part of the brain makes us so prone to eating, say, a whole tub of delicious chocolately hazelnut spread, instead of just half (not that I’ve ever done that, you guys). So these scientists did what scientists usually do, and messed with some mice to find the answers.

The neuroscientists modified the mice so that the specific neurons they were targeting would respond to light differently – in one group of mice, light would activate that part of the brain. In the other group of mice, light would disable it. By shining a laser through the eyeballs of the mice into their brains, the scientists could then effectively activate or disable that part of the brain.

Long-term applications of this experiment could see a potentially end to the worldwide obesity epidemic, so it’s important stuff.

Though we could probably see lasering ourselves out of a few late-night snacking decisions too, to be honest.