Turkish Military Academies to Ban Game of Thrones, We’ll Give You 2 Guesses Why 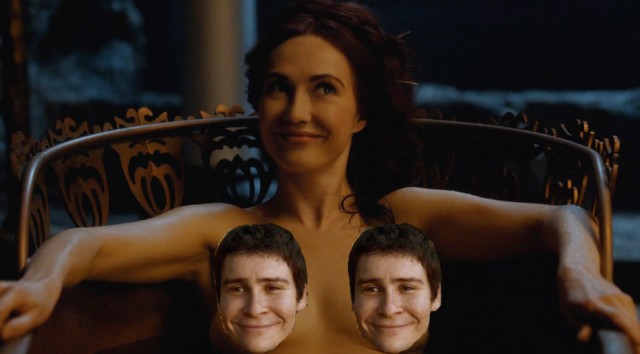 Did you guess yet?

Ok, boobies are just one (or two, I guess) items on Turkish Armed Forces’ list of no-no’s for their students. Hurriyet Daily News reports they’ve banned screenings of the HBO show based on George R.R. Martin’s A Song of Ice and Fire series at their military schools for a few reasons:

The Turkish Armed Forces (TSK) reportedly updated its secondary education regulations and added a new article to the chapter titled “the protection of students.” The new article bans the screening of productions like “Game of Thrones” on the grounds of protecting students from “sexual exploitation, pornography, exhibitionism, abuse, harassment and all negative behaviors.”

Other items are likely being banned as well but the report only specifically mentions Game of Thrones as well as the “introduction of elective classes on Islam.”

Hurriyet Daily also notes four officers were discharged from the army after allowing military students in Istanbul to watch Game of Thrones back in 2012 so the show seems to have a bit of a reputation at the schools.