Tucker Carlson Called a Liar by the NSA 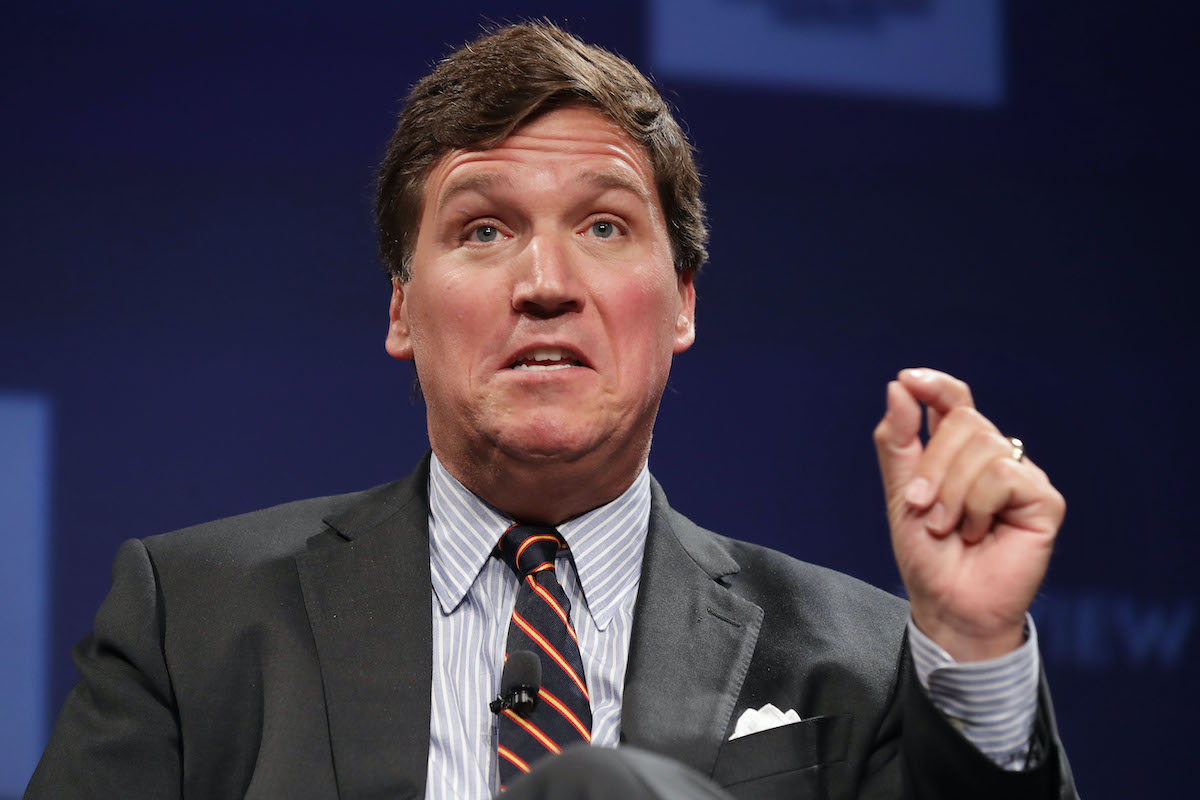 Fox News’ Tucker Carlson has been on one of his kicks, now claiming that he is being targeted by the National Security Agency. He believes that the Biden administration is spying on him, trying to get his show off the air and silence him—something he tells his audience is an attack on democracy since we have the right to free press. I wouldn’t exactly call Tucker Carlson Live journalism—and neither would Fox News. It’s more just Conspiracy Theories Live. But still, Carlson is making a LOT of noise about this.

In a recent clip, he claims that a whistleblower came to him and told him information that ONLY he (and those he sent the info to) knew about, supposedly confirming that the Biden administration was monitoring him through the NSA, which is illegal. It’s illegal for the NSA to monitor U.S. Citizens without judicial oversight. But that still does not mean the NSA is monitoring Tucker Carlson.

(I am sorry I have to use the Daily Caller to share this clip … or that you have to see this clip at all.)

Tucker Carlson says a whistleblower told him that he is being spied on by the NSA and that he filed a FOIA request for information:

“The Biden administration is spying on us. We have confirmed that.” pic.twitter.com/LY2vmDLFTK

The absolutely wild thing is that someone at the NSA actually took time out of their day to respond to Carlson’s claims, of course essentially calling him a liar.

A statement from NSA regarding recent allegations: pic.twitter.com/vduE6l6YWg

Now, we don’t exactly trust the NSA or their general claims of who they do and don’t spy on, and with good reason, but that doesn’t mean there’s some kind of conspiracy to get Carlson off the air. Of course, Carlson doesn’t believe them either, because that would get in the way of making the kind of wild claims that his fanbase eats up:

“We made a very straightforward claim: NSA has read my private emails without my permission… Tonight’s statement from the NSA does not deny that instead it comes with this non-sequitur: Tucker Carlson has never been an intel target.”

So instead of focusing efforts on threats to our country, people in the government have to spend time dealing with Tucker Carlson and his nonsense. The NSA releasing a statement wasn’t a great move, because that agency acknowledging him at all will only make him worse, as in the case of most terrible trolls. And it is only liable to make Carlson’s followers into even more ardent believers. Reality has never stopped Tucker Carlson before, so why even waste their time? They’re only providing more fodder for his nonsense.

Pretty fucked up that the NSA actually had to release a statement saying they Tucker Carlson is a liar. What a waste of government time.

Imagine having this big of an ego that you think the NSA is monitoring you and is concerned with scheming to remove your cable news show. No one cares what you emailed someone, Tucker. (If it’s actually true that any government agency is monitoring Carlson—and that remains unlikely—that would mean he was involved with some dangerous and/or criminal players. Carlson is a friend of alleged possible sex trafficker Rep. Matt Gaetz, for example.)

What’s also annoying about this is that if anything were to happen to his show (as in, he finally does or says something horrific enough that even Fox News can’t keep him on the air), Tucker Carlson would claim he was right all along and it was part of this imaginary government conspiracy. His fans would no doubt happily follow him wherever he lands.