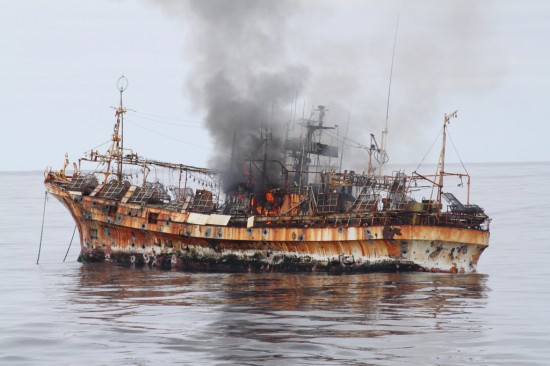 In late March, the derelict 200-foot long shrimp trawling boat Ryou-Un Maru was spotted off the coast of British Columbia, Canada. The boat had been missing since March 11, 2011 when it was thrown out to sea during the deadly tsunami that ravaged coastal Japan. Days after being spotted, the U.S. Coast Guard cutter Anacapa intercepted the boat and blew the ever lovin’ hell out of it.

Drifting without lights or a crew, the Coast Guard said that the boat represented a shipping and environmental hazard in a major shipping lane. Interestingly, the Canadian fishing ship Bernice C claimed salvage rights to the vessel, but was unable to tow it to shore. Once that claim was rescinded, the U.S. Coast Guard moved in to scuttle the vessel using explosive and standard ammunition, as well as filling the boat with water.

According to the Coast Guard:

The Coast Guard Cutter Anacapa crew douses the adrift Japanese vessel with water after a gunnery exercise 180 miles west of the Southeast Alaskan coast April 5, 2012. The crew was successful and sank the vessel at 6:15 p.m. in 6,000 feet of water by using explosive ammunition and filling it with water.

Though it was not the first piece of tsunami debris to reach North America, the Ryou-Un Maru was by far the largest yet seen. According to the Telegraph, an estimated four to eight tons of debris was washed into the Pacific ocean, though most will end up caught in the enormous Great Pacific Garbage Patch. Of that, two million tons are expected to reach North America. 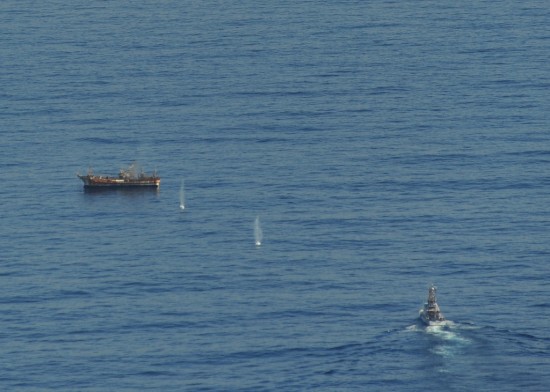 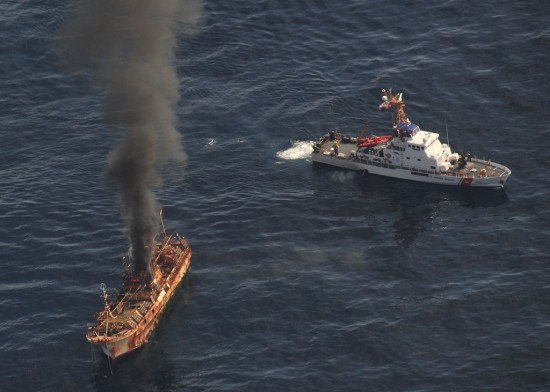 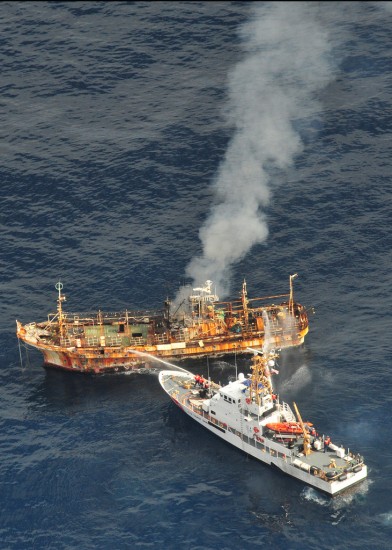 (BBC, Telegraph via Gizmodo, All images via the U.S. Coast Guard)