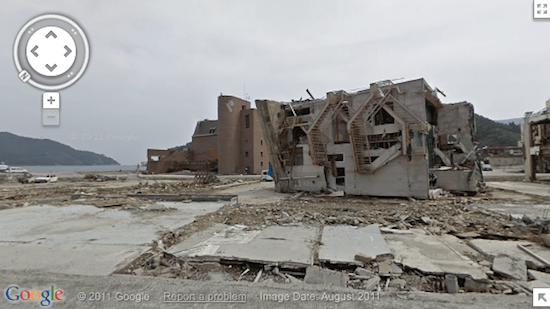 In July, Google said they were going to digitally archive the areas of Northeastern Japan that were hit by the March earthquake and tsunami. Yesterday, Google — as they put it themselves — made good on the promise, and have made the digital archive available to the public on Google Street View.

Available for viewing on website Build the Memory, the pictures allow one to compare before and after shots of the towns affected by the tsunami. Each image displays a date when the original image was taken, so one is made aware of the state of the area at a particular time.

So, head on over to Build the Memory and explore the eerie, devastated Japan to get a feel for what kind of destruction the tsunami really brought.