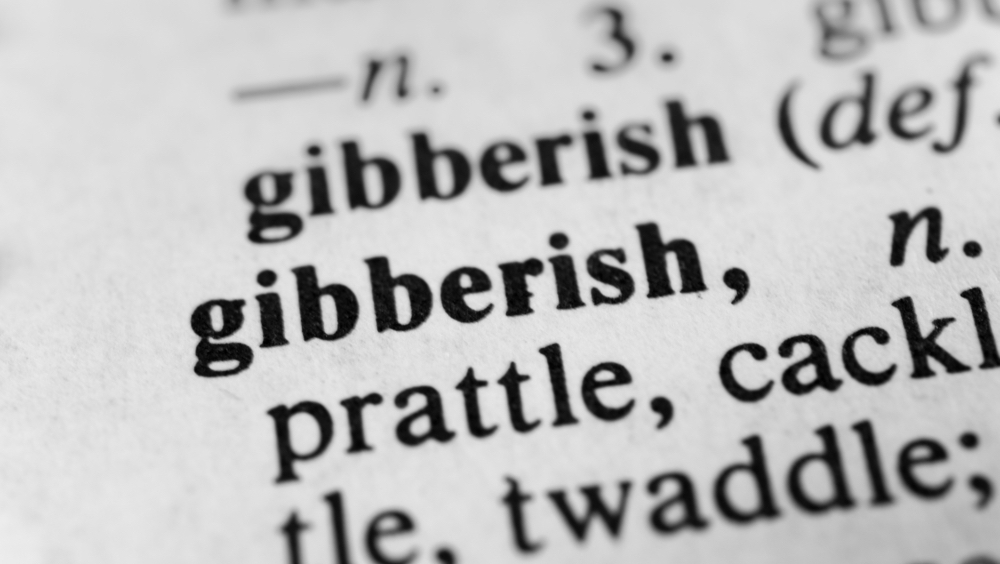 Donald Trump gave a lengthy interview to the Times of London and the whole thing is… wow. Just wow. The Times did a pretty great job of compiling Trump’s nonsense words into an article that resembles regular human thoughts, which—if you read the actual, full transcript (and please do)—seems almost like an act of magic. Heavily manufactured, dishonest magic.

Here are a few highlights from the transcript:

He not only predicted Brexit, but all the detrimental fallout that’s come from it? He’s super pumped for that.

It’s very interesting how the UK broke away. I sort of, as you know, predicted it. I was in Turnberry and was doing a ribbon cutting because I bought Turnberry, which is doing unbelievably, and I’ll tell you, the fact that your pound sterling has gone down? Great. Because business is unbelievable in a lot of parts in the UK, as you know. I think Brexit is going to end up being a great thing.

The interviewer asked what the future of the EU could mean for the U.S. And by ‘the U.S.,’ Trump apparently thought he meant ‘this hotel I own in Ireland.’

Personally, I don’t think it matters much for the United States. I never thought it mattered. Look, the EU was formed, partially, to beat the United States on trade, OK? So, I don’t really care whether it’s separate or together, to me it doesn’t matter. I can see this — I own a big property in Ireland, magnificent property called Doonbeg, what happened is I went for an approval to do this massive, beautiful expansion — that was when I was a developer, now I couldn’t care less about it — but I learnt a lot because I got the approvals very quickly from Ireland and then Ireland and my people went to the EU to get the approval — it was going to take years — that was a very bad thing for Ireland.

The news, you know, it’s fake. Like, respectable, but fake.

On the former British diplomat who, the way Trump describes him, sounds like a mythical Fake News Templar.

When asked how being President would change the way he operates… do we think this was what the interviewer meant? It’s hard to tell since this answers maybe eight different questions and still manages to say literally nothing.

Ya know this is a very, very big change — I led a very nice life and ya know successful and good and nice and this is a lot different — but ya know my attitude on that is when you’re president, you’re in the White House which is a very special place — you’re there for a limited period of time — who wants to leave? Like I’ve liked President Obama, he’s been very nice, yeah he’s been nice one on one, but maybe not so nice in other ways — but who wants to leave the White House to go to some other place and be away on a vacation? The White House is very special, there’s so much work to be done, I’m not gonna be leaving much — I mean a lot of work to be done — I’m gonna be in there working, doing what I’m supposed to be doing — but who wants to leave the White House?

He definitely has no idea what the Iran deal is… it’s also quite possible he doesn’t know how money works, either.

Well, I don’t want to say what I’m gonna do with the Iran deal. I just don’t want to play the cards. I mean, look, I’m not a politician, I don’t go out and say, ‘I’m gonna do this — I’m gonna do —’, I gotta do what I gotta do. But I don’t wanna play. Who plays cards where you show everybody the hand before you play it? But I’m not happy with the Iran deal, I think it’s one of the worst deals ever made, I think it’s one of the dumbest deals I’ve ever seen, one of the dumbest, in terms of a deal. Where you give — where you give a $150 billion back to a country, where you give $1.7 billion in cash — did you ever see a million dollars in hundred dollar bills? It’s a lot. It’s a whole — it’s a lot. $1.7 billion in cash. Plane loads. Of, of — think of it — plane, many planes. Boom. $1.7 billion. I don’t understand. It just shows the power of a president — when a president of this country can authorise $1.7 billion in cash, that’s a lot of power.

He’s going to keep his own Twitter account because that’s where the real news happens. Yup, “bing bing bing”—news!

@realDonaldTrump I think, I’ll keep it . . . so I’ve got 46 million people right now — that’s a lot, that’s really a lot — but 46 million — including Facebook, Twitter and ya know, Instagram so when you think that your 46 million there, I’d rather just let that build up and just keep it @realDonaldTrump, it’s working — and the tweeting, I thought I’d do less of it, but I’m covered so dishonestly by the press — so dishonestly — that I can put out Twitter — and it’s not 140, it’s now 140, 280 — I can go bing bing bing and I just keep going and they put it on and as soon as I tweet it out — this morning on television, Fox — “Donald Trump, we have breaking news” — I put out a thing . . .

(via Times, image via Shutterstock)