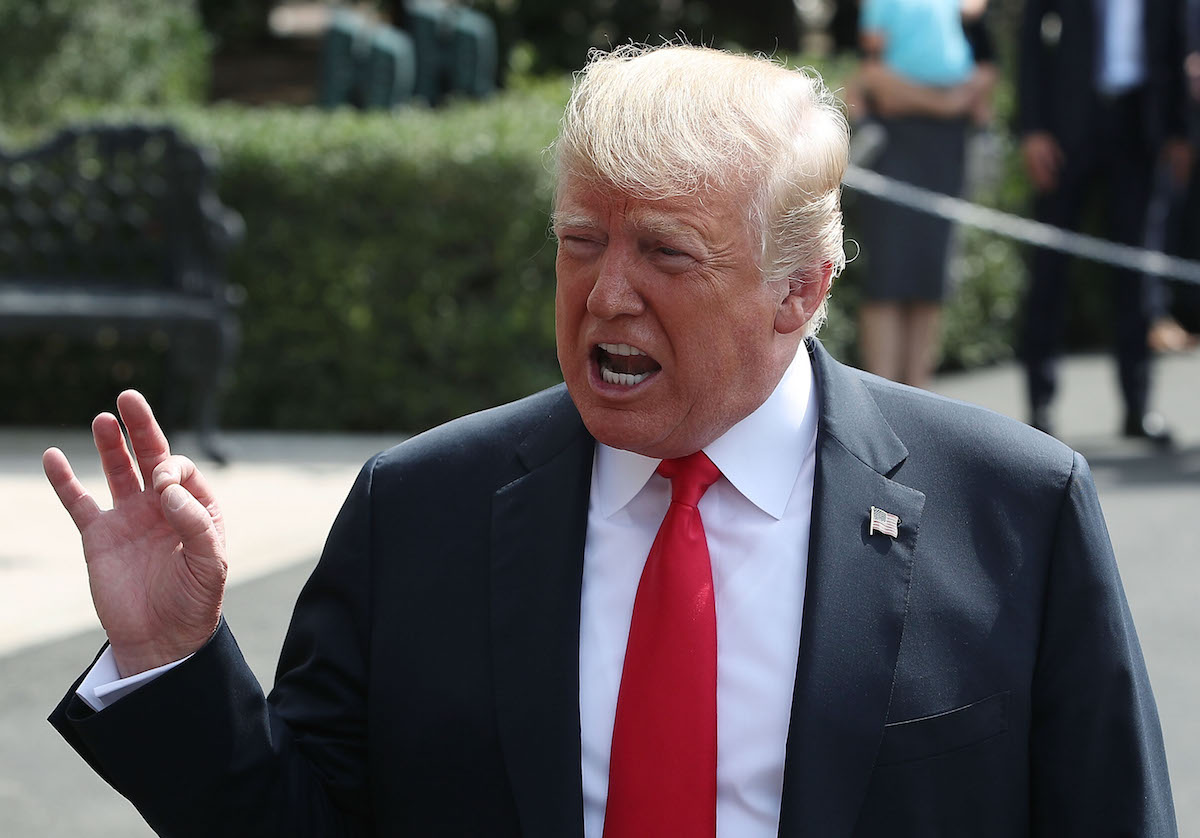 Omarosa Manigault-Newman has been making headlines lately as she shares stories from her book written about her stint serving as one of Donald Trump’s top aides. But a new story from The Daily Beast, about the time Omarosa spent in charge of veteran’s issues–an appointment veterans groups were not too pleased with in the first place–might top them all.

Reporter Asawin Suebsaeng describes what one attendee called a “really fucking weird” meeting between Trump, Omarosa, Stephen Miller and other White House employees, and the heads of nearly a dozen veterans organizations. The meeting was meant to be a roundtable discussion about how Trump could help the groups and what their specific concerns were.

But when Trump got to Rick Weidman, co-founder of Vietnam Veterans of America, that’s when things fell apart. According to two sources who attended the meeting, Weidman brought up Agent Orange, a chemical used as a means of herbicidal warfare during the Vietnam War, requesting extended benefits to vets who were poisoned by the chemical.

To the confusion of everyone in the room, Trump reportedly replied, “That’s taken care of.” As the veterans tried to tell him there was still much work to be done on the issue, Trump then went off on a rambling tangent that, according to this report, lasted a full two minutes, as he asked if Agent Orange was “that stuff from that movie.”

While he didn’t name the movie, it became clear that he was referring to Apocalypse Now. People told him that no, the chemical famously used in the Coppola classic was napalm, something even people who have never seen the movie are likely to know, seeing as it’s the basis of one of the most iconic film quotes of all time.

When corrected, though, Trump told everyone–including, again, multiple Vietnam vets–”no, I think it’s that stuff from that movie.”

It just gets worse from there:

He then went around the room polling attendees about if it was, in fact, napalm or Agent Orange in the famous scene from “that movie,” as the gathering—organized to focus on important, sometimes life-or-death issues for veterans—descended into a pointless debate over Apocalypse Now that the president simply would not concede, despite all the available evidence.

But he wouldn’t budge.

Finally, Trump made eye contact again with Weidman and asked him if it was napalm or Agent Orange. The VVA co-founder assured Trump, as did several before him, that it was in fact napalm, and said that he didn’t like the Coppola film and believed it to be a disservice to Vietnam War veterans.

According to two people in attendance, Trump then flippantly replied to the Vietnam vet, “Well, I think you just didn’t like the movie,” before finally moving on.

Over on Pajiba, Dustin Rowles summed up how this story, in addition to just being a maddening story, is actually the perfect encapsulation of Trump’s entire presidency.

And that is the Trump presidency in a nutshell: A confused old man doesn’t understand the facts, insists wrongly that his version of events is true, and then claims that those who don’t side with him do so because they don’t like him. The only thing missing from this story is a separate table of people at the event wearing Q shirts and angrily insisting that it is Agent Orange and calling IMDB the enemy of the people.

Also important is the Trump capper that in the end, the distraction results in the original issue being lost, as Suebsaeng reports that “The president was not able to call on everyone at the roundtable by the end of the event, in part due to these types of tangents.” A year and a half after this meeting, veterans groups are still fighting for those benefits.