Members of the Trump Administration Publicly Shamed and Ejected from Restaurants, Gee I Wonder Why?

If you're gonna be a Nazi, you don't get any soup. 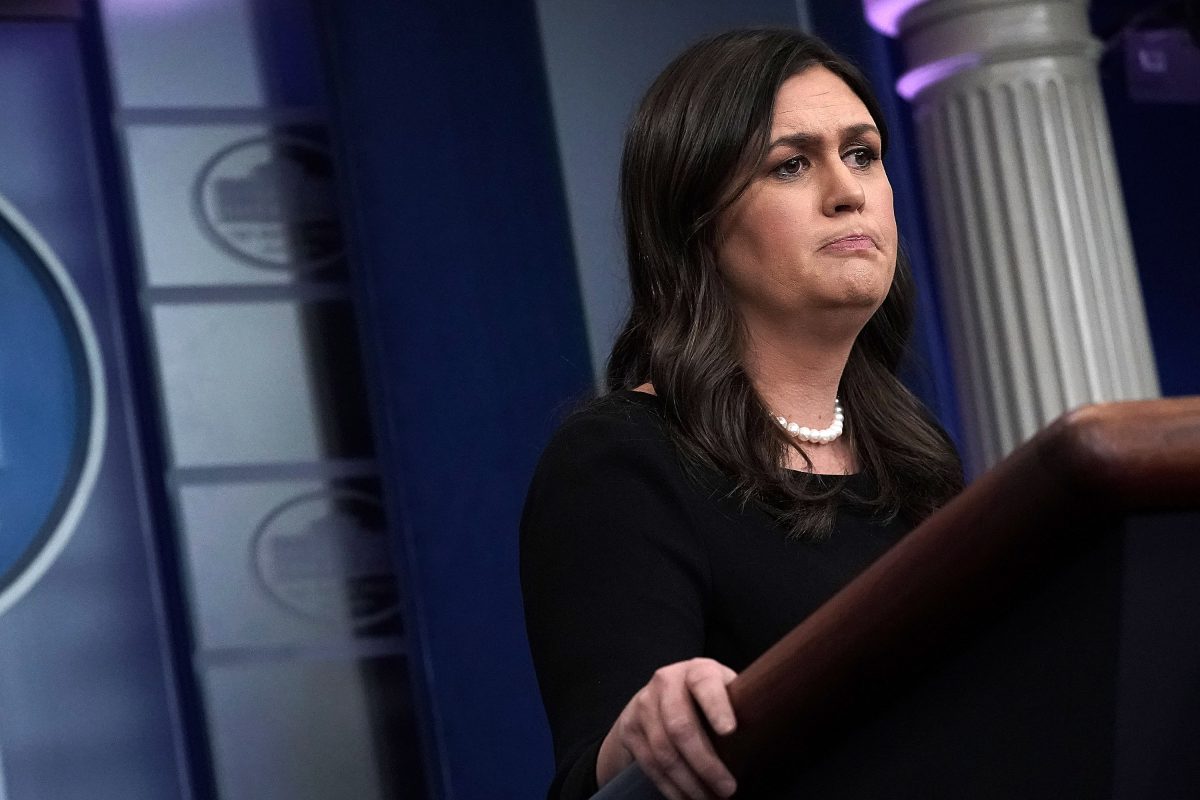 This has been quite a week for the Trump administration, what with jailing infants, lying about it, and then lying about those lies (sidebar: why are they never on the same page regarding the lies? Start a Slack convo or a group text chain or something. It’s not that hard). Last night, Sarah Huckabee Sanders tried to have dinner with relatives at the Red Hen restaurant in Lexington, VA when she was asked to leave by the owner.

Since then, Sanders has taken to social media in an effort to elicit sympathy. That sympathy is in short supply, what with the aforementioned child jailing and ripping children from their parents’ arms. But sorry you didn’t get that chicken sandwich girl, maybe next time don’t sign up to be the Kentucky fried version of Joseph Goebbels.

Last night I was told by the owner of Red Hen in Lexington, VA to leave because I work for @POTUS and I politely left. Her actions say far more about her than about me. I always do my best to treat people, including those I disagree with, respectfully and will continue to do so

Sanders’ ejection from the restaurant is the latest in a series of Trump administration members getting kicked out of restaurants. Just last week, Secretary of Homeland Security Kirstjen Nielsen was forced to leave Mexican restaurant MXDC Cocina Mexicana in D.C. after another diner alerted social media to her presence. Soon, members of the Democratic Socialists of America filed in to call out Nielsen, chanting “shame” repeatedly until she left the restaurant.

What kind of mental disconnect does it require for Nielsen to think that dining in a Mexican restaurant is okay after the atrocities she’s committed against the Latinx community? Nielsen must be socially illiterate, because she has failed to READ THE ROOM. Even government troll Stephen Miller hit up Espita Mezcaleria, another Mexican restaurant, only to be chased out as well. You can’t detain children with one hand and scoop guacamole with the other.

“Hey look guys, whoever thought we’d be in a restaurant with a real-life fascist begging [for] money for new cages?” a customer at the Mezcal joint snarled at Miller, according to a source who saw the encounter.

Miller didn’t respond and scurried away, the witness said.

The court of public opinion has decided that, if you’re going to traumatize and tear apart families, you shouldn’t be able to hold your head high in public. If you’re going to be a Nazi, you don’t get any fucking soup.

I never thought I’d be openly cheering for public shaming and humiliation, but 2018 has been a hell of year. 12 months from now I’ll probably be writing a think-piece supporting The Purge.

(via The New Yorker, The Guardian, image: Alex Wong/Getty Images)