Trump Will Appoint a Non-Scientist As the USDA’s “Chief Scientist,” Because of Course 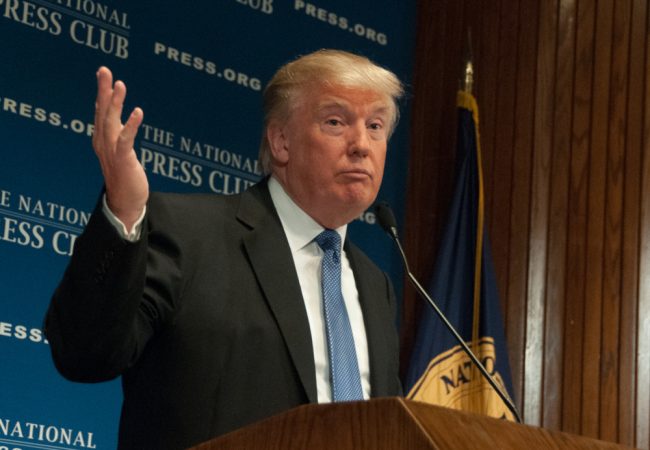 Our national embarrassment is at it again.

According to a ProPublica article from Friday, Trump is expected to appoint Sam Clovis, a professor of business and public policy who has never taken a graduate course in science, as the USDA’s undersecretary for research, education and economics. This position is intended for, according to the 2008 Farm Bill, a “chief scientist” who should be selected “from among distinguished scientists with specialized or significant experience in agricultural research, education, and economics.”

Clovis, instead, is a conservative talk radio host with almost no published academic work, whose chief claim to fame is “becoming a fiery pro-Trump advocate on television” and advising the guy who lost the popular vote on agricultural matters.

Now, in all fairness, I don’t want to be snide about Clovis’s achievements. Dude has a doctorate in public administration, and he’s a tenured professor, so there are definitely things he knows about.

It’s just that SCIENCE ISN’T ONE OF THEM.

(That ignorance of science also helps to explain why he’s a climate change denier.)

“This position is the chief scientist of the Department of Agriculture,” explained Catherine Woteki, who served in the undersecretary role during the Obama administration, in an interview with ProPublica. “It should be a person who evaluates the scientific body of evidence and moves appropriately from there.”

Woteki also pointed out the undersecretary’s role in advising on other issues, like outbreaks of disease and food and water access during disasters. “Access to safe food and clean air and water is absolutely fundamental to personal security,” she told ProPublica. “Food systems are widely recognized by the national security community as being part of critical infrastructure.”

Good thing we’ll have the host of “Impact with Sam Clovis” on the job!

Trump’s own utter unfitness for office is spreading to everything he touches. It’s not enough for him to denigrate the presidency with his own incompetence; he also appoints unqualified blowhards to every other government agency he can.

Again, were Clovis selected for a business-related role, I could understand Trump’s reasoning. But this appointment is just plain ludicrous – almost as ludicrous as denying the effects of greenhouse gases.

(Via The Slot and ProPublica; image via Shutterstock)