Trump Supporters Are Tired of Being Called Racist but Aren’t Willing to Be Less, You Know, Racist 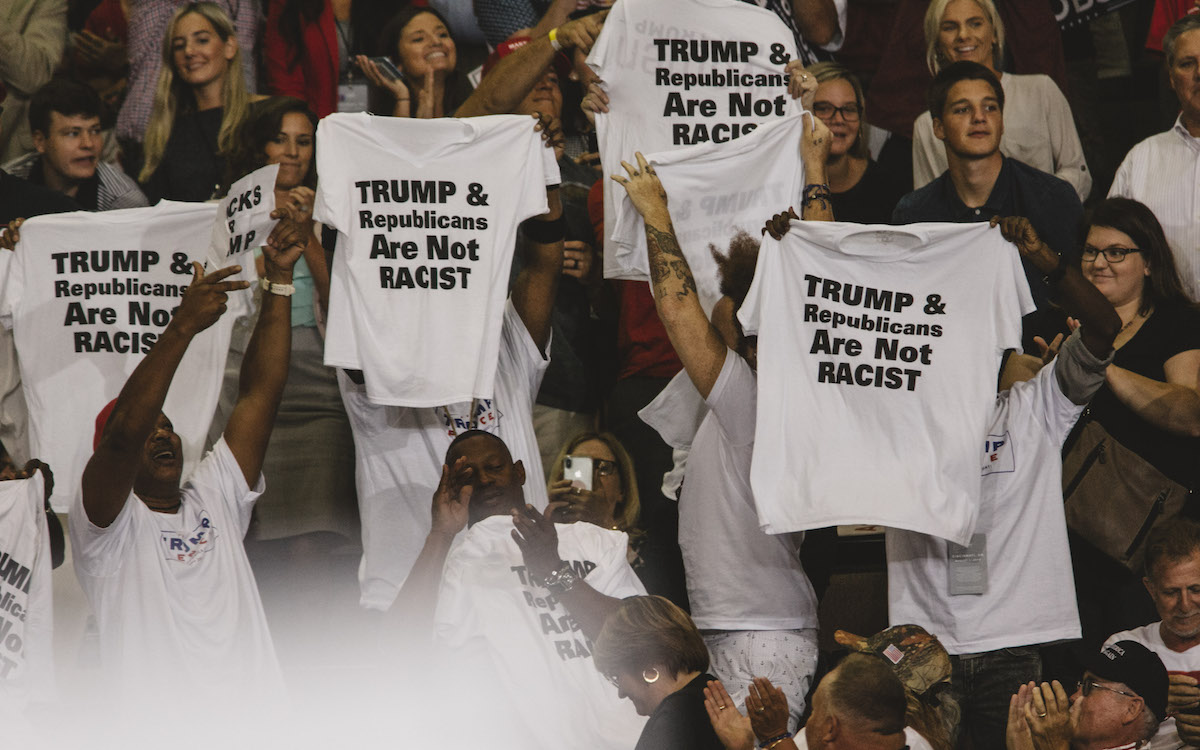 According to a new report from The Atlantic, Trump supporters are really tired of being called racist. Groundbreaking news, I know. But rather than actually examine their own outlooks and behavior, they just want everyone to stop calling them out for their, you know, racism.

The people that reporter Elaina Plott talked to all had reasons why they couldn’t possibly be racist. One had a father who was a “bigot,” so, as he put it, “he knew what real racism looked like.” Another (who didn’t attend the rally and says he’s “not that kind” but still thinks everyone’s calling him a racist) gave “a stranger $20 to help his foster child, who was black.” Another woman has 13 grandchildren–“Four of them are biracial, black and white; another two of them are black and white; and another two of them are Singapore and white.” And she says she can’t be racist because she gives all of them “kisses like nobody’s business.”

It should be obvious, but helping out a stranger or loving your grandkid does not automatically preclude you from the possibility of racism. It definitely doesn’t preclude you from supporting racist systems and institutions, which is exactly what anyone supporting Trump is doing.

What’s even worse here is that, according to Plott, many of these people aren’t even reacting to accusations of racism against themselves. Instead, they’re feeling defensive over accusations against Trump.

“And that’s what the rally-goers I spoke to last night seemed most nonplussed by—not so much that Trump had been roundly condemned in recent days as a racist, or a bigot, but that they, by virtue of association, had been as well,” Plott writes. “But rather than distancing them from Trump, the accusations have only seemed to strengthen their support of this president. To back down, they suggested, would be to bow down to the scourge of political correctness.”

Let me see if I’ve got this right. These people voted for Trump, a man running on a clear platform of racism since day one of his campaign. But they’re offended by people calling him out as a racist, not necessarily because they disagree, but because then they’d have to confront their own–at the very least–tolerance of racism in having supported him. To reevaluate that support would maybe be too difficult and require too much introspection, so instead they’re doubling down on their support and rather than examine his or their own role in these racist systems, they blame “political correctness”–the thing the rest of us call “working to dismantle racist systems.”

(image: Andrew Spear/Getty Images)
Want more stories like this? Become a subscriber and support the site!