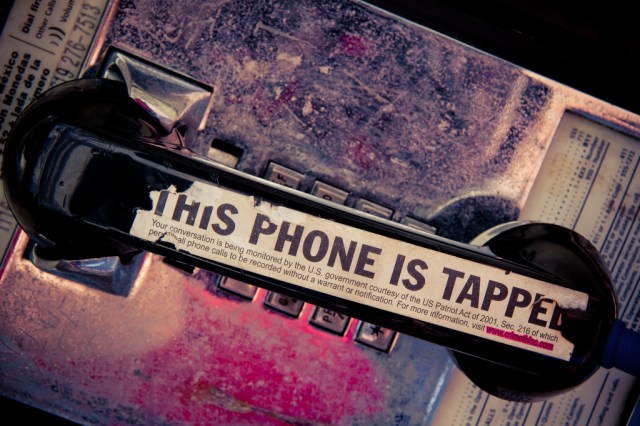 What would be more unnerving to you — that your government was keeping a running list of all the calls you made from your cell phone, or that your neighbor probably wouldn’t have a problem with the policy? If it’s that last one…well, we’ve got some bad news. A poll taken last week by the Pew Research Center and the Washington Post found that  most respondents  — 56% to be exact — found the NSA’s phone record requisitions to be fair play.

Civil libertarians will be at least a little heartened to know that they’re at least on the right side of a line in the sand in saying that the government shouldn’t be allowed to monitor people’s email, though not by much. The same poll found only 52% of respondents saying the NSA should not be allowed that much room to roam in the name of security, with 45% saying they should, because terrorism is way scarier than some bureaucrat in Virginia knowing that you never really liked Aunt Dottie’s pecan pie or whatever the hell.

In this we’re not willing to say they’re wrong — lots of people have exactly zero suspect things in their email or phone records, and what scares folks is, at the end of the day, a personal matter. I know what scares me, but I’m not willing to tell other people what should scare them.

One thing the poll also points out is how little room there is for grey area here. On the phone issue, only 2% of those surveyed did not know whether the government had any business monitoring phone records, and just 3% were undecided on the issue of email monitoring. So however you feel about this sort of thing, chances are good you know whether you’re for or against it.

However, the poll also shows that how for or against these practices you are can depend heavily on who is in the White House. Comparing the polls with a similar sample taken in 2006, researchers found a shift in how both Democrats and Republicans responded. Democrats who were critical of such practices during the Bush administration have softened their stance, it seemed, while Republicans who were more mindful of security have been moved by the Obama administration to embrace their inner privacy advocate. What can I say — people are adorable, and they often make no sense.