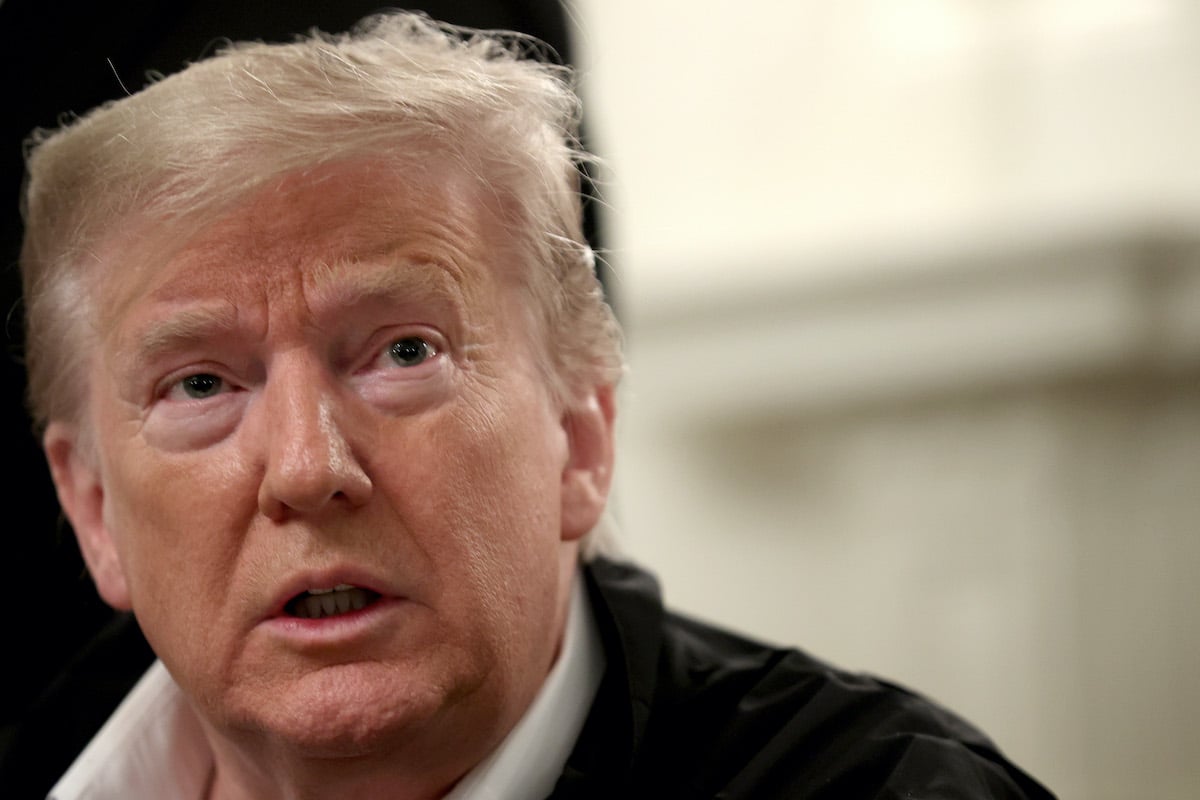 Donald Trump retweeted a video late Wednesday night from the head of a group called Cowboys for Trump. In it, Couy Griffin, the group’s leader and a county commissioner in New Mexico, declared that “the only good Democrat is a dead Democrat.”

Speaking at a rally leading up to an anti-lockdown protest, Griffin went on to clarify that he means dead “in the political sense” not “the physical sense,” adding that he expected the media to take his words out of context. “I can already see the videos getting edited where it says I want to go murder Democrats,” he says in the unedited video which his own group posted to Twitter.

It’s pretty obvious that Griffin’s plan all along was to say something incendiary, say he didn’t mean it literally, and then get upset over media coverage of how awful his words are, even in the figurative sense. In which case, good job, I guess? In an interview with The Daily Beast that took place between his speech and the president’s retweeting, Griffin sort-of capitulated on his poor choice of words.

“I could’ve chosen a different verbiage, you know. I guess I need to be more careful when I choose the words that I speak,” Griffin said. “But you know, it’s just so hypocritical of the left how they’re blowing this up, like I’m some hate-speech murderer.” At the time of that interview, it appears there were only a handful of local articles written about the speech, and the condemnation he received came from both sides of the aisle. According to the Albuquerque Journal, New Mexico’s Democratic Party called on him to resign and the state’s Young Republicans group asked him to apologize.

In that same Daily Beast interview where Griffin said needed to “be more careful” with his words, Will Sommer writes that he “also repeated his claim that ‘the only good Democrat is a dead one’ and signaled that he still thinks some top Democrats—such as governors Ralph Northam (D-VA) and Gretchen Whitmer (D-MI)—could be guilty of treason and the punishment that comes with it.”

So it seems he knew what he was doing when he chose his words. When the Daily Beast tweeted their interview, Cowboys for Trump responded by declaring “the news is fake,” along with the video that shows how real the news is, the video where Griffin longs for dead Democrats. And that’s what Trump retweeted, writing “Thank you Cowboys. See you in New Mexico!”

According to one of his own advisers (speaking anonymously to CNN last month), Trump doesn’t always or even often read the things he’s retweeting, so it’s likely he didn’t even watch the video. In no way does that excuse his choice to share it—it possibly even makes it worse.

All of this comes right on the heels of Kathy Griffin catching criticism from conservatives for making a joke about Trump injecting a “syringe with nothing but air inside it” (which would be fatal). Did anyone think she meant that literally? Did they think she was threatening the president’s life? No, of course not. But they pretended to. Twitter even removed Kathy Griffin’s tweet for violating their terms of service.

Now that Trump has tweeted a video fantasizing about the benefit of dead Democrats, it would be nice if there was some consistency in the response.