So we're going to talk about it, obviously. 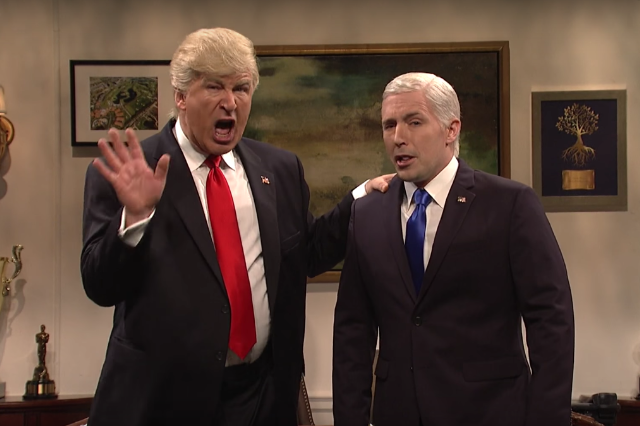 We’ve already heard Sean Spicer complain that Saturday Night Live is being mean (which is rich coming from the team whose supporters claim everyone else‘s feelings are too fragile), and Donald Trump is allegedly annoyed that his press secretary was played by Melissa McCarthy, an actual human woman. SNL, however, is probably pretty happy, because they’re enjoying a pretty good ratings bump.

According to Variety, the only show to beat SNL in ratings for the 18-49 demographic was the perennially popular Big Bang Theory. That’ll make it pretty hard for Trump to include “failing” in his weekly anti-SNL tirades going forward, but it’s not like the facts of a business’ success has ever stopped him before. Or he could just go for the tried-and-true “overrated,” since they do, in fact, have very high ratings.

They’re doing so well that they’re actually considering spinning Weekend Update off into its own thing, which we wish they’d done a long time ago before the segment stopped being good. Seriously, Seth Meyers is using his Weekend Update skills over at Late Night, Samantha Bee’s Full Frontal is delightful, and John Oliver’s Last Week Tonight basically supports the entire blogging industry with its clips on Monday mornings. The market’s a little crowded.

The “things that annoy” Donald Trump market is also a little crowded, but he seems to have plenty of time for them all so far. Add this one to the pile—just as long as it cuts into his time for his awful agenda.

(via TVLine, image via NBC)