So none of these people have read the Bible, huh? 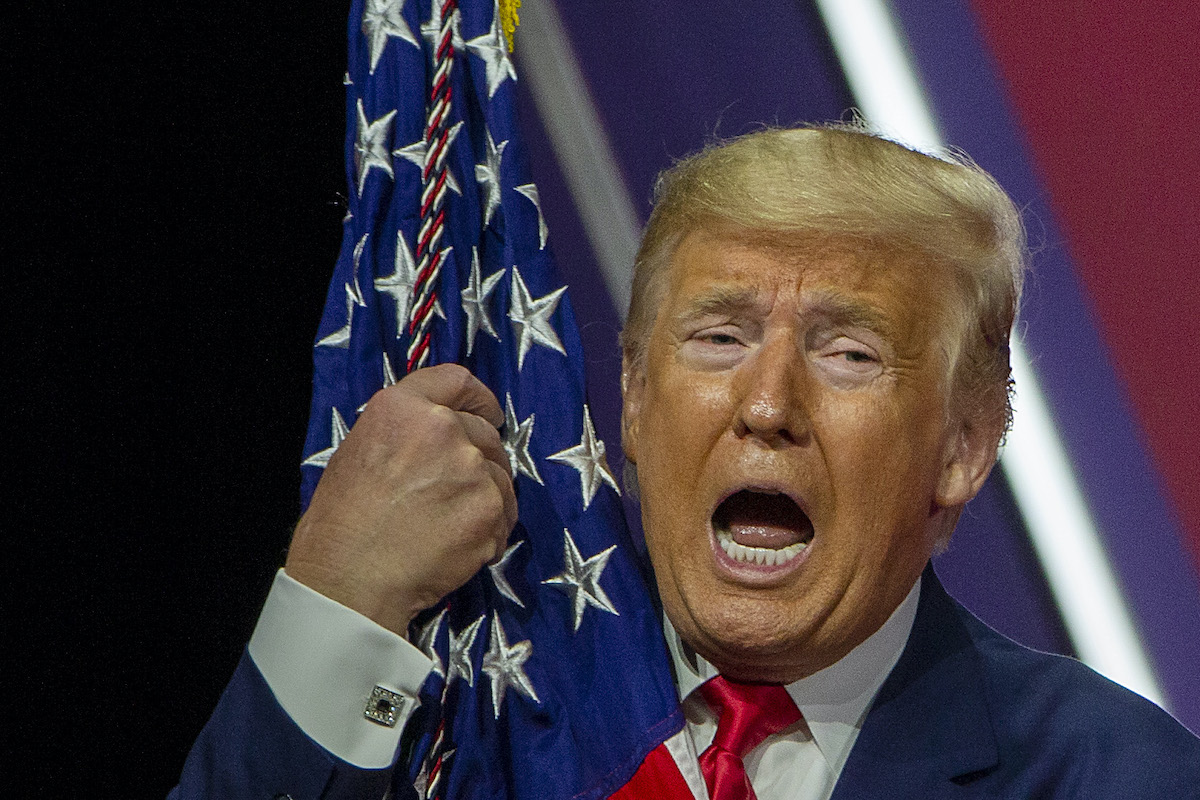 This year’s Conservative Political Action Conference is underway and the proudly toxic event is off to a fantastic start. First, the event’s organizers were forced to do the right thing and disinvite a guest over his horrifically antisemitic statements, betraying their own ridiculous slogan for the year: “America Uncanceled.” (They chose that slogan despite having “canceled” Mitt Romney from last year’s conference.)

Organizers have also found themselves the target of furious chants and booing after begging attendees to wear masks. And of course, it just wouldn’t be CPAC if Ted Cruz didn’t publicly state a fundamental misunderstanding of pop culture.

But the best moment so far—and one that really encapsulates what CPAC is all about—was when a short, stocky golden statue of Donald Trump wearing American flag shorts and red flip flops, holding some kind of paper (a nondisclosure agreement, according to Mediaite) and what appears to be a magic wand, was wheeled through the hallways.

Onlookers took pictures as it passed and commented on how “cool” and “awesome” it is. One person tried to get a chant of “four more years!” going but it didn’t catch on.

Oh this is so very on brand for cpac
pic.twitter.com/iW7K4Xgxsm

I’m not sure why so many artists are obsessed with making Trump look cool or super buff or tough or whatever else but it’s always ridiculous. Moreover, as so many people are pointing out, this particular statue is wildly hypocritical for a group that continues to insist they have the market cornered on religion (by which they of course mean Christianity) and moral superiority in general.

If they did, they might be a little less eager to fawn over a literal golden idol.

Honest question: have these people read the Bible? https://t.co/Iiaoji9AzA

In one of the most widely-known stories from the Old Testament, the Israelites, afraid Moses won’t return from Mount Sinai, construct a golden calf to serve as a physical idol to worship. It does not go over well! But apparently, no one told the conservatives at CPAC.

GOOD WHITE CHRISTIAN: “Show me where in the bible it says we shouldn’t worship a golden idol of the rich and corrupt man!”

Republicans wheel in the golden calf as they prepare to wander the electoral desert for 40 years. https://t.co/S1x8xhbVCA

A golden statue of Trump is as good a summary of CPAC as one could possibly make. pic.twitter.com/tW0zFobjyh

Do they really not know what this looks like or are Republicans finally admitting that they’ve forsaken all the values they’ve always claimed to have built their lives and their party around in favor of just giving over entirely to Trumpism?

Former Chief of Staff Mark Meadows did just tell Fox News that all the top contenders for the 2024 presidential nominee are named Trump—meaning Donald, Don Jr, and Ivanka—so it really does seem like they’ve given up the pretense of caring about literally anything else.