He knows where that thing has been. 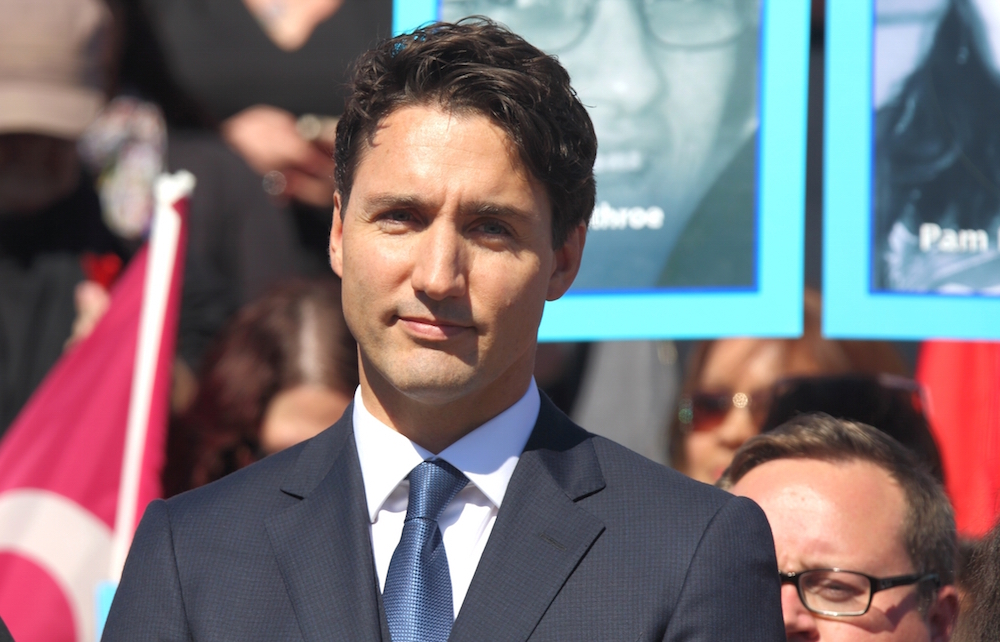 Canadian Prime Minister Justin Trudeau met with Donald Trump today to discuss Canadian-American trade, strengthening the countries’ ties, and empowering women in business. But the really important (at least in measuring importance by number of minds lost on Twitter) stand-out moment from the entire meeting was this glorious picture:

Whether or not this quick candid shot really does reflect Trudeau’s inner monologue of reluctance and disgust (which, okay, it probably actually doesn’t), it sure reflects what most of us feel at the thought of being offered that hand.

Justin Trudeau is all of us. pic.twitter.com/su2ixX6DDe

Trudeau: I know where it’s been, and I know it wasn’t consenting.#TrudeauMeetsTrump pic.twitter.com/Uk8BbNMT2U

Maybe even better, though, is this video of the two shaking hands, in which Trudeau appears to be entirely prepared for Trump’s weird, macho handshake techniques.

Trump’s inability to not turn a simple handshake into a blatant power move got a lot of attention this weekend after Japan’s Prime Minister, Shinzō Abe, had the absolute best recovery face after an exceedingly awkward 19-second handshake. Then Last Week Tonight compiled a montage of Trump apparently trying to rip arms out of their sockets, you know, just in case everyone watching wasn’t already aware of what a *big man* he wants to make sure we know he is.

You can’t pull that stuff with Trudeau, though. The man came prepared. Just watch the moment when Trump clearly makes his standard yank and Trudeau alternately pulls back and gently pushes to make sure this remains a normal handshake as human adults are meant to do.

Once Trump’s handshake pissing contest was out of the way, hopefully he was able to actually have some productive policy meetings. (Hey, we can dream.)