Trump Has Given up on Stopping the Coronavirus

All he cares about is pretending it's over 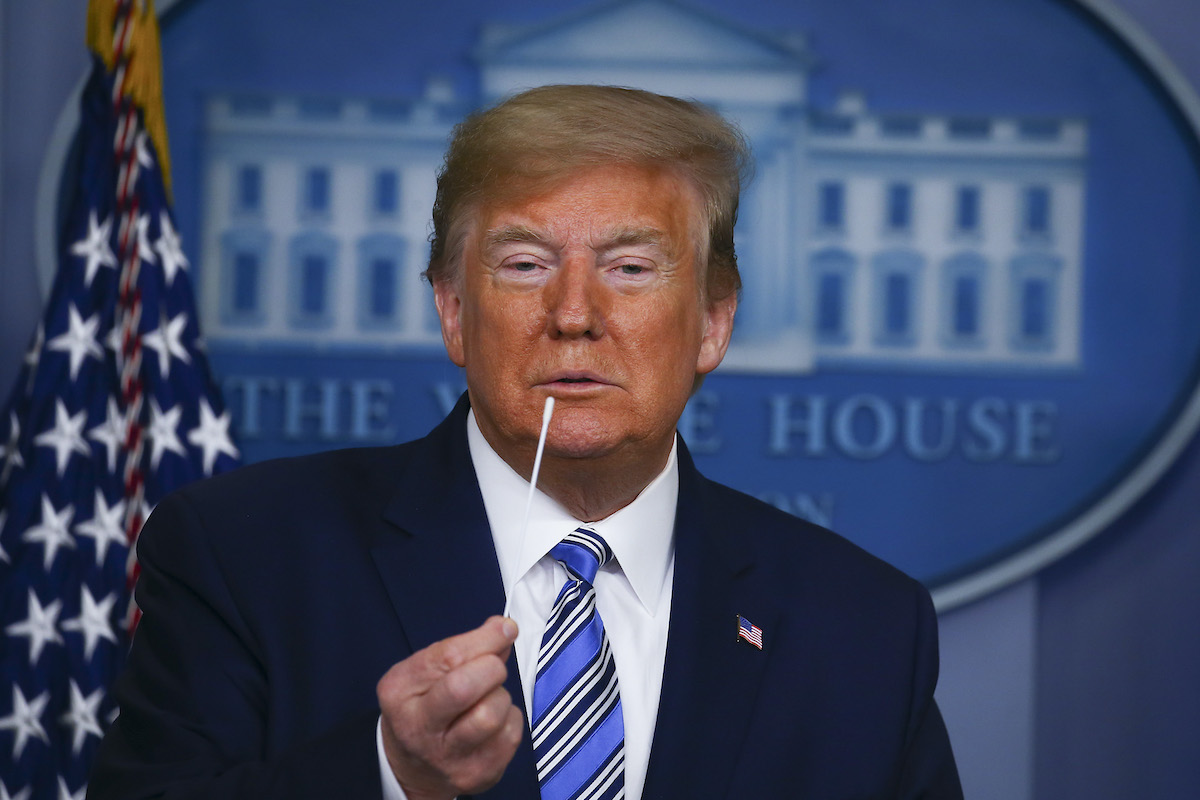 Donald Trump has given up. This is not surprising, given that everything he’s done in life he’s failed at and every accomplishment he’s logged has been thanks to other people. He got rich thanks to his father. He became president thanks to Russia. He doesn’t like doing real work but he likes power, and so it’s no surprise that he’s given up on trying to stop the coronavirus in hopes that if he makes the numbers go down by not testing, he’ll win reelection.

According to Politico, Trump and his administration are leading a concerted effort to slow down testing and only test certain people. As we’ve reported before, Trump thinks that if we simply don’t test for coronavirus, then it will go away, because apparently our President lacks object permanence and thinks that if he doesn’t see the number for a deadly disease, there is no deadly disease.

Reality does not work that way. But all Donald Trump cares about is the appearance of recovery, not actually keeping people safe. He’s completely surrendered to the idea that we can’t contain this virus, so he doesn’t even want to try. Instead, he just wants to ignore it in hopes that if the numbers go down, people will think it’s all over and vote for him. Despite, you know, the thousands of people getting COVID-19 and dying every day.

Need more proof that this monster doesn’t want to do anything to actually save lives anymore? The Trump administration said on Tuesday that the US would not be part of an international effort to develop and distribute a COVID-19 vaccine. This effort is linked to the World Health Organization, which Trump has abandoned, and also involves aiding countries that aren’t America, which is something Trump doesn’t believe in.

But of course, there are other vaccine efforts the US is part of and the CDC has good news about that. They have told states to be ready to distribute a vaccine on November 1, two days before the election. But … this is Trump’s CDC. The signal to be ready for a vaccine so close to the election, when we know Trump sees the coronavirus pandemic as a direct threat to his power, is so suspicious.

What’s truly horrible here is that Donald Trump continues to see this all as a political game. He’s a fake businessman who was a TV star, and the coronavirus is bad for his ratings. So he wants to end that plotline and refocus the narrative on mob violence threatening white suburbs.

The ways in which Donald Trump has failed to meet this crisis are so numerous and horrifying that it’s almost incomprehensible. But the worst part is that instead of learning and correcting course like a normal human with empathy or self-awareness, Donald Trump doubles down on his evil and idiocy and makes things worse.

He thinks that if he ignores the virus, it will go away by the election and he’ll win. But the only thing we should be ignoring are his claims that things are fine, and the only disease we really need to go away in November is Trump himself.