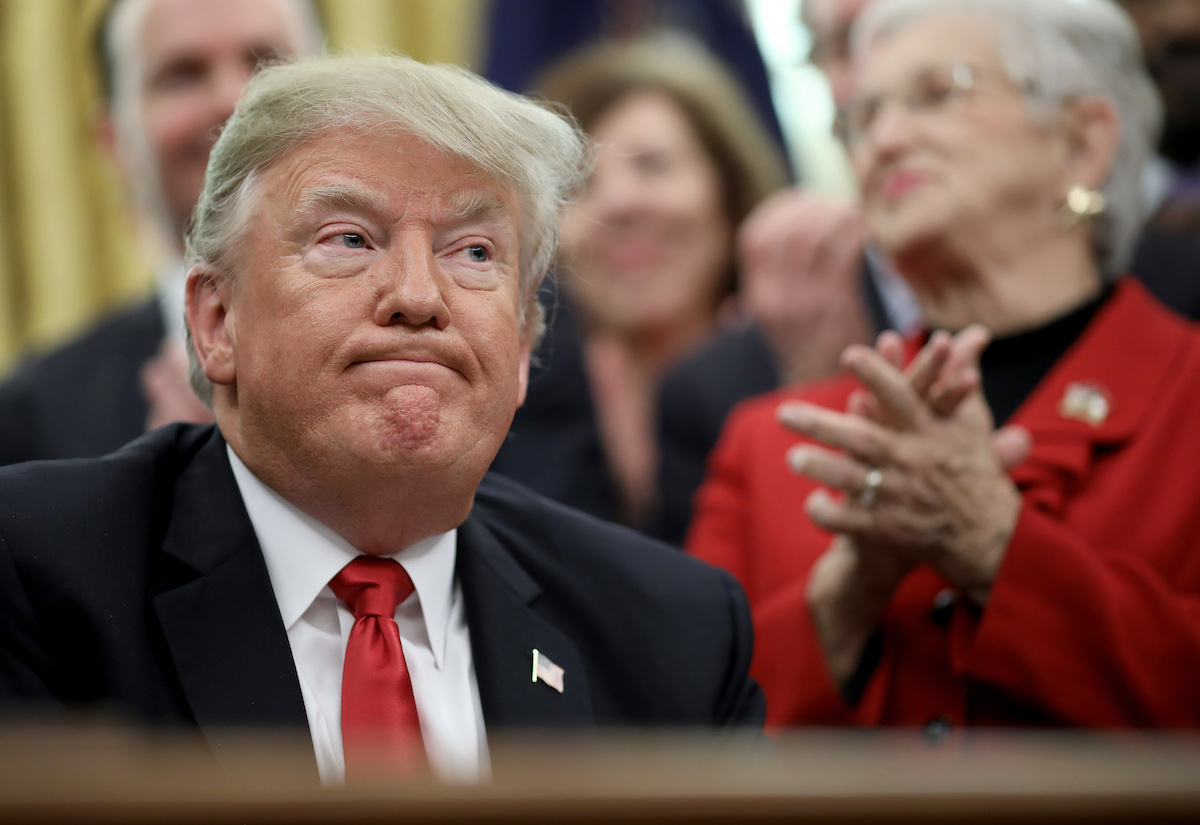 Donald Trump likes to think he’s the only man in charge of everything, but as he’s been repeatedly confronted with both his failures as a president and the fact that he (luckily) does not wield absolute power, he’s lashing out more and more. Take today for instance as he met the news that many states’ governors will be doing their job and making decisions for their own states in accordance with the Constitution. Trump thinks that’s a “mutiny.”

Tell the Democrat Governors that “Mutiny On The Bounty” was one of my all time favorite movies. A good old fashioned mutiny every now and then is an exciting and invigorating thing to watch, especially when the mutineers need so much from the Captain. Too easy!

Let’s break down how completely bonkers and unhinged this entire tweet is.

First off, the conflict with the governors is a big deal. The president thinks he has the authority to tell states how and when to reopen and end stay at home orders. “The president of the United States calls the shots,” Trump said on Monday. “That authority is total.” To be clear, he’s completely wrong about this.

We live in a federal system of limited powers. The tenth amendment of the Constitution (a document, granted, that Trump does not care about and has likely not read) says: “The powers not delegated to the United States by the Constitution, nor prohibited by it to the States, are reserved to the States respectively, or to the people.”

In the most basic terms, that means that Federal government doesn’t control states unless explicitly granted that power. This idea of States rights is, ironically, a favorite cause and talking point of conservative Republicans. The idea that states can do what they want is their rationale behind abortion restrictions and gun laws and many, many more Republican special interests.

New York governor Andrew Cuomo is having none of Trump’s BS, and commented that” We don’t have a king in this country, we don’t want a king,” and that if Trump continues on this course of thinking and delusion, we’ll be in for a constitutional crisis. Trump, of course, doesn’t care which is how we get to, of all things the 1962 movie Mutiny on the Bounty.

The movie, starring Marlon Brando as 1st Lieutenant Fletcher Christian, tells a fictionalized version of the real-life Mutiny about the HMS Bounty in 1787. Now, I doubt Trump knows the real history, wherein the mutineers were captured over many years. Trump in this case in comparing himself to the captain in the movie who is kinda the villain? He gets some measure of justice and vindication in the end, but also loses his crew. And yeah, Marlon Brando dies a fiery death but … eh.

What the governors are doing is not mutiny. They are doing their jobs and looking out for the safety of their people, not ditching a captain to go get laid in Tahiti (yeah, that happens). It’s a weird comparison from a President that desperately wants to seem powerful and in charge, but knows—though maybe just subconsciously—that he’s a villain.

Does he know the captain is the villain in this movie? https://t.co/ZTSU95yNAh