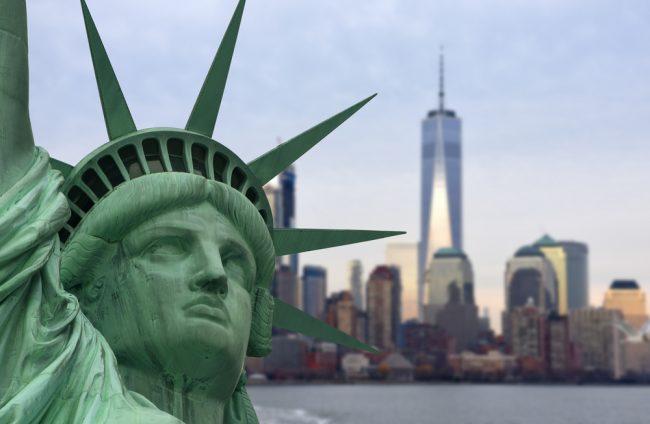 Trump has signed the promised executive orders for “limiting the flow of refugees into the United States” and instituting “extreme vetting” of immigrants, and they are as inhumane and likely illegal as expected. The orders bar refugees from Syria indefinitely, suspend the entire Refugee Admissions Program for 120 days, and bar all immigrants and visa-holders (including visitors and current green card holders) from Iran, Iraq, Syria, Sudan, Libya, Yemen and Somalia for 90 days. The temporary suspensions are meant to give officials time to develop the “extreme vetting” screening procedures, but Trump’s orders are already causing chaos in U.S. airports.

In addition, the orders more than halved the total number of refugees who would be admitted into the United States during 2017. Obama originally set the total at 110,000, an increase from 2016; Trump decreased it to 50,000. This will have deadly consequences for the world’s refugees. Since the shameful failure of U.S. refugee policy during the Holocaust, the U.S. has been the world’s top destination for “third country” refugee resettlement (resettlement to neither the country of origin nor the country they first fled to). The State Department website claims, “While…less than 1 percent of all refugees are eventually resettled in third countries, the United States welcomes almost two-thirds of these refugees, more than all other resettlement countries combined.” Where will they go now?

One of Trump’s orders also enshrines religious discrimination in the U.S. Refugee Admissions Program. The Department of Homeland Security is allowed to prioritize refugees who are applying “on the basis of religious based persecution,” as long as the applicant is of “a minority religion in the individual’s country of nationality.” Despite the language, this is a euphemism for “Christians from Muslim-majority countries.”

The only glimmer of light in these orders is that, despite the temporary suspensions, the Secretaries of State and Homeland Security are permitted to admit refugees on a case-by-case basis “when admitting the person would allow the United States to conform its conduct to a preexisting international agreement” or “when the person is already in transit and denying admission would cause undue hardship.” This could mean that those refugees who were going to be resettled from a detention center in Australia might still be able to come to the United States as agreed, and it could mean that those refugees and visa holders who very recently landed in the U.S. will be allowed to enter.

However, these stipulations also rely entirely on the discretion of Trump’s cabinet, so there is no guarantee that they will be put to use.

The Council on American-Islamic Relations (CAIR) and the American Civil Liberties Union (ACLU) have both expressed their disgust–and both groups promised to fight Trump in court.

ACLU Director Anthony D. Romero said in a statement, “‘Extreme vetting’ is just a euphemism for discrimination against Muslims…Any effort to discriminate against Muslims and favor other religions runs afoul of the First Amendment.” The ACLU filed suit against the executive orders this morning.

CAIR National Litigation Director Lena F. Masri said, “There is no evidence that refugees–the most thoroughly vetted of all people entering our nation–are a threat to national security. This is an order that is based on bigotry, not reality.” CAIR also announced that they will file a federal lawsuit against the orders on Monday, January 30.

Meanwhile, Star Wars‘ Riz Ahmed is currently raising money for Syrian refugees. Given how much more difficult Trump just made their resettlement, now might be a great time to donate to that cause.

(Via New York Times, CNN, and The Washington Post; image via Shutterstock)