Congressman Formally Introduces Articles of Impeachment for Trump, but Don’t Get Your Hopes Up

I have introduced H.Res. 438 Articles of #Impeachment of Donald J. Trump for Obstruction of Justice. Statement here: https://t.co/0gKr8ZFg3c pic.twitter.com/yUTDAnPFuJ

Democratic California Congressman Brad Sherman was the first to draft articles of impeachment for the President, and today he presented the formal resolution, H. 438, on the House floor. Sherman’s articles accuse Trump of obstructing justice. We still are on a long and winding road in Trumptown, however.

Sherman is an 11-term Congressman—which means he’s seen his fair share of Presidents in his time. Per the LA Times:

The measure accuses Trump of obstruction of justice and seeking to “use his authority to hinder and cause the termination” of an investigation into former national security advisor Michael Flynn, including “through threatening, and then terminating, James Comey.”

The LA Times adds that “Sherman is unlikely to have much success in the GOP-controlled House,” which is a bit of an understatement, to put it mildly. Republicans have, over the last few months, refused to stand their ground even when the administration acts outrageously (which is most days).

Maintaining power is more important to them than the stability and integrity of the country. https://t.co/pfbHVFvKV1

Occasionally these craven cowards will mutter “this is problematic” and “I’m concerned” and “oh no” about Trump’s antics and possible crimes, before turning tail and diving for the bushes. Sometimes I can’t believe there’s not a single heroic Republican willing to break ranks and ready to bask in the kindly light that history will cast upon them, but mostly I can believe it. “Suppose you were an idiot,” wrote one of my favorite writers, Mark Twain, “and suppose you were a member of Congress. But I repeat myself.”

In addition, Sherman stands nearly alone in his resolution, as House Democratic leaders believe these actions distract from issues like healthcare and the ongoing Russia investigation. While Democratic leaders aren’t wrong, I’d like to think they could walk and chew gum at the same time—then again, this is Congress, so maybe they can’t. Sherman’s resolution is largely ceremonial, and he said that his hope is that the articles will “inspire an ‘intervention’ in the White House.” I’m not holding my breath because I don’t have a death wish.

All in all, it probably is better to wait for the results of the myriad formal investigations into the Russia matter and Comey’s firing to play out, but with Trump—and his family—you never know what’s going to happen next. If he feels threatened enough to initiate the firing of Robert Mueller and tries to impede that special investigation, where will we be? Not to mention Mueller’s investigation could take many more months or even years, and in Trump time that’s about ten centuries and we’ll also all be dead in a nuclear war by them. I’m glad that for posterity, Brad Sherman has our backs. History will look kindly upon him. 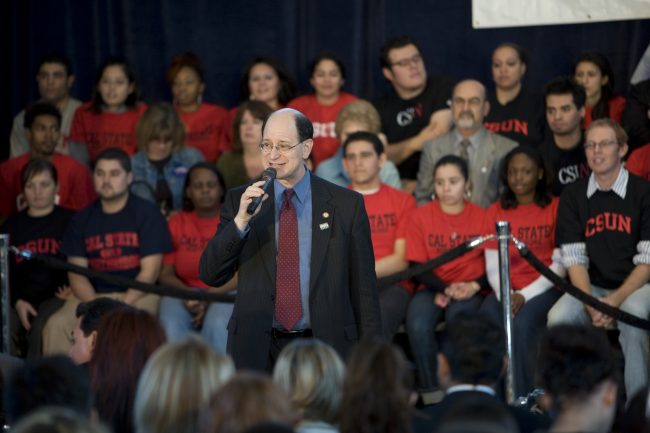 Because everything continues to be awful, here are some more Mark Twain quotes about Congress. Mark Twain gets me:

It could probably be shown by facts and figures that there is no distinctly native American criminal class except Congress.

…the smallest minds and the selfishest souls and the cowardliest hearts that God makes.

All Congresses and Parliaments have a kindly feeling for idiots, and a compassion for them, on account of personal experience and heredity.

Fleas can be taught nearly anything that a Congressman can.