True Blood Recap: In the Evening 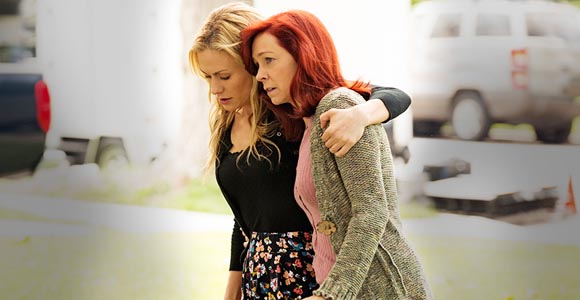 True Blood killed another character on last night’s episode. Who do they think they are, Game of Thrones?

I kid, but I am a little surprised they decided to kill off another character so soon.

The tainted Tru Blood is headed out to the masses when guards at the facility finally realize there’s been a breach. However, Eric and Nora manage to escape on one of the trucks leaving but not before he instructs Willa to stay and help Pam. Sarah Newlin arrives at the Governor’s mansion to find no guards on duty. Upon entering the yard she sees his head. And kisses it. She calls in the Senator and fills him in on her plan. No one can know he’s gone, she says, we’ll pretend he’s still alive and run things like normal. By the time anyone finds out, which they probably won’t because she suggest dissolving the corpse in acid, the Hepatitis V will have spread like wildfire. The Senator is quite impressed.

Sookie and Warlow are lying on the grass in post-coital bliss when he insists on talking about their “relationship,” or lack thereof. For once, Sookie isn’t head over heels, she apparently just wanted to get some. Thankfully that awkward conversation is interrupted by…Arlene crying? Apparently Sookie can hear her from the regular world. She leaves Warlow and finds Arlene sobbing in the graveyard. Meanwhile, Sam calls to check in on Lafayette who tells him about Terry. He let’s Nicole know he has to go back even though it isn’t safe. Nicole decides they should have sex again before her mom picks her up.

Arlene takes out her anger at Lafayette about the mysterious safety deposit box thing so he and Sookie decide to investigate. And just when I’m thinking the entire Terry plotline will finally get interesting they find…a life insurance policy Terry took out three days earlier. Mystery solved in the most boring way possible.

At the vampire facility, Jason uses his new position to get a private meeting with Jessica but Jessica doesn’t want to leave and wants a private meeting with someone else. James, the vampire who refused to have sex with her against her wishes last week. She also tells Jason, “You can’t stop bad things from happening to me.” She’s definitely in a dark place after killing the faeries but her and James have an interesting conversation about vampire life. James feels vampires choose to forfeit their soul and while he may not be a saint, he tries his best. Upon hearing this, Jessica is desperate to bang him. And so it goes. 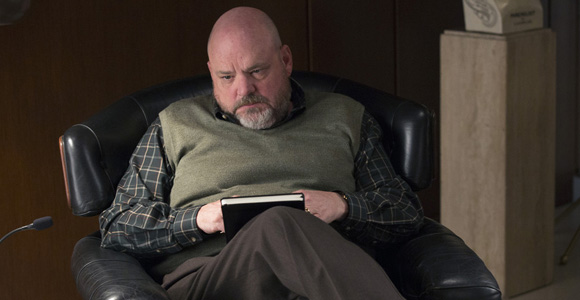 Eric goes to Bill for help with the Hep V-infected Nora but she doesn’t want his gross Lilith blood. But Eric is desperate for his sister to live and even tells Bill he believes in him. Bill gives him the shortened version of his visions etc. and they even try giving Nora his blood but it doesn’t help. He agrees to try and get Warlow back thinking his blood might cure her instead.

It’s at this point Eric starts praying to Godrick and has a flashback to Nora’s beginnings. Eric was chillin’ with Charles II back in 1665 London and Nora was Lady Gainsborough, one of the King’s lady friends. She was off trying to help victims of the plague and the King asked Eric to bring her back but it’s all too late, she’s been infected. But upon seeing her great courage, Eric decides she deserves to live forever and takes her to Godrick. It’s a nice bookend to Nora’s current predicament which, unfortunately, does not have a happy ending. She meets the true death in Eric’s arms.

Back at Arlene’s house, Lafayette and Sookie realize it’s not the time to tell her about the insurance policy as she’s completely trashed. Sookie realizes Andy’s daughter Adeline is a faery but is interrupted by Bill showing up to give condolences. For a minute I didn’t realize why everyone in the house was freaking out and then I realized it was daylight and most of them didn’t know he could walk around in that yet. Father’s duty. He takes Sookie aside to ask for Warlow and implies if she doesn’t hand him over, people she loves will die.

Pam and the therapist have another session but she’s realized she has an admirer and starts teasing him. She’s not hungry, you see, because she’s horny and she’s used to fucking a lot. She says she’ll “let him in,” ahem, if he lets her in the general population of the prison. It just so happens to be getting crowded there, though. Now that the Governor is dead, Sarah realizes she can out Jason as a vampire sympathizer. She has guards cut out his recently implanted tracker and shoves him in with the female prisoners still bleeding. Tara quickly stands between him and the rest of the vampires looking for a meal but the as-yet-unnamed leader of the group claims him for her own.

Alcide’s is dropping his dad back off in his solitary life and good ol’ dad insists Alcide would be better off that way, that pack life isn’t for him and one day he’ll figure that out. And he pretty much does when he returns to the pack claiming to have killed Sam and Nicole. Just one problem, Rikki tracked Nicole on her own and now has her and her mother captive.

Just another “ok” episode for me, I’m afraid. The useless storylines are still grating on me. Even though watching Arlene deal with Terry’s death was heartbreaking, the whole thing seems like a waste of precious episode time. Just like the incredibly boring shower scene attempting to build something between Sam and Nicole and the who-gives-a-crap drama with the wolf pack. Jessica questioning her existence was a highlight but the spotlight this episode was definitely Eric dealing with the impending loss of his sister. While Nora wasn’t doing all that much this season, I felt she was an interesting character with a lot of potential. Sorry to see her go.