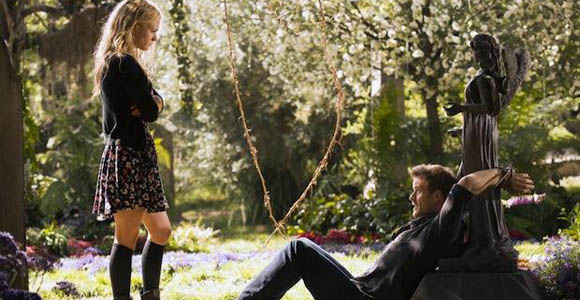 Read on for our recap of last night’s shocking (not shocking?) episode of True Blood and stick around for a bonus trailer of the weeks to come courtesy of San Diego Comic-Con!

Sookie is helpless as a possessed Lafayette drowns her to fulfill her father’s unfinished plans. Bill senses she’s in danger but can’t go to her because the sun is out. Good thing Ben/Warlow is under his control. Upon saving her, Sookie suggests he utilizes his faery powers to blast her father out of Lafayette. Sookie tells him to get out of her  life forever and her dejected, guilt-ridden ghost of a father seems to comply.

Pam and Eric are having a face off at the facility and even though she’s pissed off he made another vampire, they quickly join forces. They kill the guards and scare everyone behind the glass but still don’t get away. The Governor talks to Eric directly and is trying to hold back his fury about him turning Willa. He decides the best punishment is to hurt him through someone he loves. The doctor brings in a restrained Nora and explains they’ve created something called Hepatitis V. She’ll be their first host.

Sam and Nicole argue over what their actual plan is. Meanwhile, Alcide’s father Jackson finally tells him about seeing Sam, but only after he finished up with his hookerv (obviously) and he’s gone already. Sam actually decides to hand Emma over to the only family she has left, Martha, as long as she promises to keep her away from the pack. Not too long after, Alcide finds Sam and Nicole but as he’s doing his new, raged-up routine, Sam calls him on his idiotic behavior. And that somehow snaps him out of it. Alcide decides to leave them be but tells Sam it must be like he’s dead. No coming back to Bon Temps. Yeah. I’m sure that will last.

Bill tries calling Ben/Warlow back to him after he’s done saving Sookie but she has a great idea. She transports both of them to the faery land where Bill cannot touch him. Ben admits he’s closer to his dark side at night and asks Sookie to tie him up. WAIT, I SEE WHERE THIS IS GOING.

Bill wants Professor Takahashi to put him in coma once he realizes Jessica is gone and his premonitions are becoming a reality. He complies, but only after being glamored. He’s drained until he finally slips back into Lilith’s realm and she is super pissed with him. But he’s pretty annoyed with her, too. Only thing is, that world is hers and she tells him to GTFO and find his own answers. 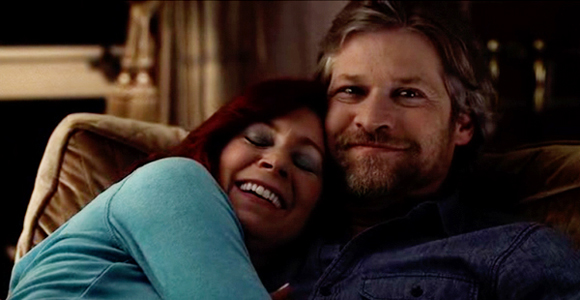 Number 4 faery daughter finally asks Andy for a real name. Actually, she asks for four names, one to represent each of her sisters so she won’t ever forget them. I can’t be bothered to remember them all but suffice to say, the acronym is A.B.C.D. Meanwhile, Terry shows up a Lafayette’s house to make him an important part of this season’s story. Oh wait, no. Actually he was just using Lafayette to further along his own story by handing him a safety deposit box key that will mean something later.

Arlene expresses her fears to Holly about Terry killing himself and Holly suggests something that should have been suggested a long time ago. Get a vampire to make Terry forget all the bad things that happened to him. Luckily Holly knows a guy and pretty soon, POOF! Terry has been rid of all his war horrors. He’s a happy father and cook without a care in the world just in time for his military buddy to come through on his promise to put him out of his misery. No faery or vampire miracles here. Terry is dead.

Jason goes to a recruitment center for LAVTF and gets put on the fast track once he proves he knows his vampire stuff. He’s brought into the facility and quickly blackmails Sarah Newlin before she can out him for coming to save Jessica. But, being the manipulator she is, plans for Jason to witness a copulation study – between a hot, young vampire and and Jessica. This vampire, James, refuses and eventually they let them both go back to their cells. While Eric watches Nora become more infected he realizes he has an ace in the hole. He uses his maker powers to call Willa and help them breakout. They grab Tara along the way and realize the new batch of Tru Blood is being dosed with Hepatitis V.

When Bill wakes up from his Lilith-state, he sees the Governor on the news and insists on drinking Ben/Warlow’s blood so he can walk in the sun and end things once and for all. He casually strolls into the Governor’s compound. The Governor tells him to kill him, he’ll be a martyr for the cause. And Bill complies. By ripping his head clean off.

Back in faery land, Ben/Warlow is telling Sookie the story of their arranged marriage and that it’s really not such a terrible thing. In fact, he’ll rip up that contract if she wants but remains devoted to her and wants to make her a faery vampire like him. We would only need each other’s blood, he claims. Then it’s Sookie’s turn. She talks about how she feels like a freak, that the town calls her a “danger whore,” and that she has a pattern with men. And then she decides he needs to feed, let’s him bite her and then bites him. Which, you know, makes zero sense because she’s not a vampire. No matter. It’s time to have sex. Bright faery sex, to be specific.

This episode was great when it had anything to do with vampires. Otherwise, I have the same issues I’ve been having all season. None of the other threads are entertaining me at all. Do we think Terry’s character arc is done? I mean, obviously the safety deposit box will reveal something and the kill will likely be involved but Terry received happiness, even if it was forced and short-lived, so we probably won’t see him again. As much as I wasn’t enjoying his story, I liked him as a character and am seriously bummed to see him go. The Governor? Not so much. But thanks for the laugh, Bill.

As promised, here’s the SDCC trailer showing what to expect from the last four episodes of the season.