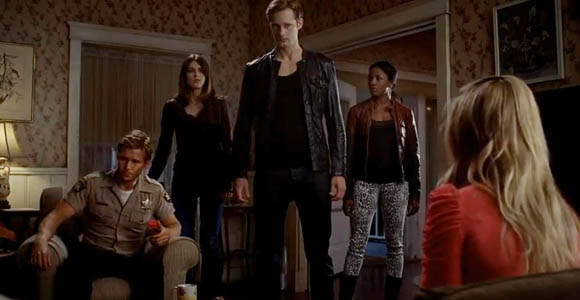 I’ve come to expect certain things from HBO’s True Blood: sex, camp, blood, and more sex. We got all of the above in the Season 5 finale and then some, so why was I left wanting more? Perhaps it’s because the episode felt more like it belonged in the middle of a bigger, epic season than the cliffhanger that’s meant to last us a whole year. Or maybe it’s because the finale episode just summed up what I’ve been feeling this entire time – that Season 5 kind of sucked.

(Spoilers for the entirety of Season 5, including the finale to follow.)

I love True Blood no matter what but this season really let me down. For one thing, it was all over the place. It seemed like everyone and their mother had their own storyline that didn’t intersect with anyone else’s and that made for a really messy twelve episodes.

Secondly, the show caused me to wish for the death of a main character I used to love and for a fan, that’s pretty tragic.

I was expecting a lot of action and carnage from the finale to be followed by a cliffhanger and that’s basically what happened, it just wasn’t exactly what I was expecting. We knew the Authority’s stronghold was going to be breached because well, no one leaves Pam in the corner of a prison cell, but the culmination of it all amounted to a whole lot of nothing. But I’m getting ahead of myself.

The episode began with…what do we call a gathering of faeries? A sunshine? A lightbulb? A circus? Whatever. A huge group of faeries, including Sookie herself, couldn’t hold off one vampire who drained one faery a few minutes earlier? That doesn’t seem right. It’s a good thing Eric showed up to unceremoniously kill one of the most interesting characters ever. Russell Edgington is dead. For good this time. But no one really got to stop and celebrate because they had to go save Bill from himself. Even though he didn’t want to be saved.

And then we took a few minutes to show Alcide chatting with dear old dad some more only to have his sort of girlfriend show up overdosing on a forced meal of vampire blood. What Alcide did next was a long time coming but felt like it could have been dealt with in a previous episode. Here it just slowed down the momentum of the main storyline. I hope his newfound dominance doesn’t make him a horrible person like so many other pack leaders.

Speaking of things that slowed down the episode, how about that faery delivery? It was a truly entertaining scene, perhaps one of the funniest of the season (“I have no idea what’s happening.”), but good lord I couldn’t give a crap at that point. Andy, as Holly pointed out, was a dick for cheating on her but they failed to mention he originally thought his liaisons with Morella were a dream. Either way, it will be interesting to see if Holly forgives him and helps raise his circus of babies. Oddly enough, the birth was the one place in the episode there was no blood. Now the Authority complex on the other hand…

Good lord, Jason Stackhouse! Rambo much? Admittedly, Jason was great while in the zone but I’m really starting to worry about his mental state considering he’s been seeing his dead parents speak to him for a while. Sam got to scare the crap out of already frightened human prisoners in the cells while annoying the hell out of everyone by making us look through his fly vision. When Jessica called Tara out on having a crush on her maker a few weeks ago, my first thought was, “Don’t do that, it’s too obvious. Just because she likes women now doesn’t mean she has to fall for Pam.” Sure enough, that’s what they did but I will admit, their kiss was pretty great (as was Jessica’s reaction to it).

But the main event is probably what bothers me the most. Like man fans, I felt the Lilith storyline had been dragging. I knew Eric wasn’t falling for any of the rhetoric but I still wasn’t sure about Bill. Up until the last moments, just after he murdered Salome, I thought it had all been a ruse and that he was finally going to free himself of all the bad he had to do while in the Authority’s care. And then he showed how truly psycho he had become. When Bill drank Lilith’s blood and turned into a pile of goo I actually wished he’d stay that way. He didn’t, of course, and now we must suffer the wrath of Billith. (I can’t take credit for that one.) 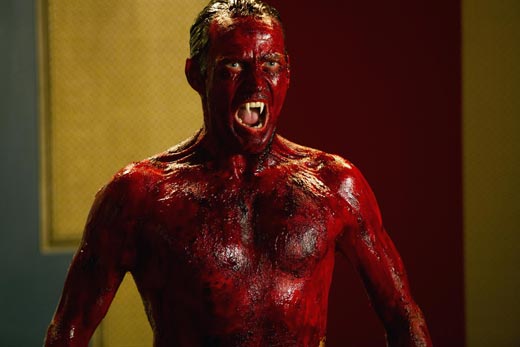 Things that felt like a waste of time this season:

Overall, Season 5 felt like a really long set up for Season 6 and made me wonder whether or not I’d forgotten this one had been split in two like so many shows do these days. What are your thoughts about the season finale and Season 5 as a whole? Share them in the comment section!

UPDATE: Here’s a bonus scene HBO posted last night that gives us a bit more Jason, Tara, Pam, and a mention of Warlow.