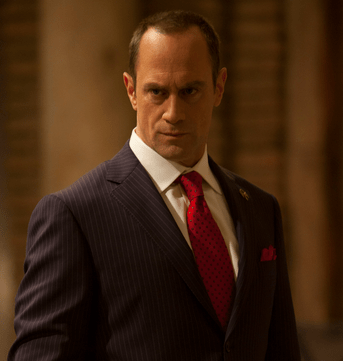 A friend of mine has been urging me to go to a live viewing of True Blood at a bar in our neighborhood in Brooklyn. I finally went to catch the second episode of True Blood’s fifth season, and I’m glad I did because everyone there sure had a lot to say about this completely bananas episode.

Sookie and Lafayette spend an entire night chasing a furious newly-vamped Tara around the house, forcing Sookie to make a trip to the store to get some anti-vampire protective gear. It turns out not to be necessary, as Tara finally stops long enough to tell Lafayette and Sookie that she’ll never forgive them, and takes off. Sam and Luna have a fight about Emma’s future, that’s interrupted by a visit from Emma’s grandmother, fresh from eating her son. Luna’s hopes that Emma will be a normal little girl are dashed when she enters her bedroom at night and sees a tiny, adorable wolf wearing a nightgown. Jessica hosts a rager at her place that is crashed by Steve Newlin, who wants to “buy” Jason Stackhouse from her, and they have a hair-pulling fight that ends with her throwing him out. Jason is spending his time finding vampire blood in abandoned cars and getting punched by teenagers for sleeping with their mothers. Bill and Eric are in the custody of The Authority, some kind of theocratic vampire governing body, and get tortured in varying ways until they meet with the board, headed by Christopher Meloni! They secure their freedom, however, by revealing that Russell Edgington is still alive, and promising to return him.

Whew! It’s a lot, right? The crowd at the bar sure thought so. Below, you can match the event in the episode with its corresponding comment from the peanut gallery. Let’s do this:

A. When Christopher Meloni thunders into the conference room where the Authority are debating what to do with the captured Bill and Eric. They eventually get him to consider a trade when they reveal that Russell Edgington may still be alive.

B. Watching the pack eat Marcus’s body. His mom ate some of him! That is a bridge too far.

C. When The Authority — a governing body that includes Christopher Meloni, Carla Gugino and a really annoying little kid, among others — prays to their deity before they decide what to do with the Eric and Bill. This deity is called Lilith, and also referred to as “Father and Mother,” so whenever we see him or her it’s probably going to be a creepy sight.

E. Pam is rescued in 1905 from some kind of turn-of-the-century Jack the Ripper by Eric, who tells her that the streets are no place for a lady. “If I see one, I’ll let her know,” Pam snits. The crowd at the bar really liked that one.

F. When Christopher Meloni paces around the room monologuing, a moment that could be straight out of a Law and Order: SVU interrogation scene if it weren’t for all the vampires hanging around.

G. When Bill and the Authority member tasked with torturing him confirm the existence of the “original testament,” or the Vampire Bible.

Also notable in this episode: Jessica dropping a keg of beer on a guest at her party, Lafayette’s grandpa cardigan and grandma headwrap combo, Emma as a baby werewolf in a nightgown, all of the chewed scenery lying around in Christopher Meloni’s scenes.