To be fair, though, bows are pretty great. 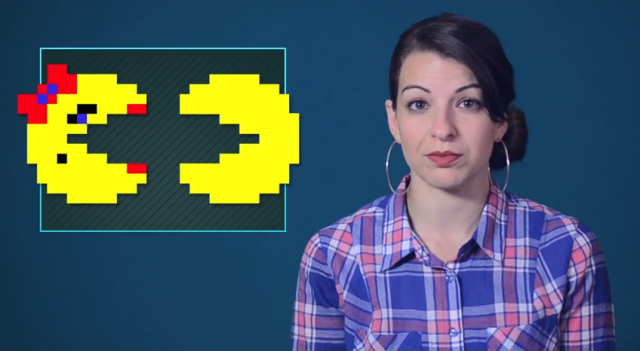 It’s been over half a year since we brought you one of Feminist Frequency’s Tropes Vs. Women In Video Games episodes and Anita Sarkeesian has done a number of them since, but we figured this new one is important. She’s finally moved onto a new topic: namely, the tendency of designers to just slap a bow on an existing design to make it a female character.

Of course, “Ms. Male Character” is a little more complicated than slapping a bow on something — it’s about how male is seen as default, and female is seen as a deviation from that default. If you’ve got 25 minutes to spare, then check out the video. Unless you can’t, because it looks like this. If it doesn’t, then… I don’t know. Go outside or something.

Okay, we feel like we shouldn’t have to say this every time we bring up Feminist Frequency, but we’re going to do it again just to be clear: it’s perfectly fine to not agree with everything or even anything that Anita Sarkeesian says. However, it’s not okay to insult her as a person because you don’t like what she’s saying. So don’t do that, please. Let’s all just be cool, guys.