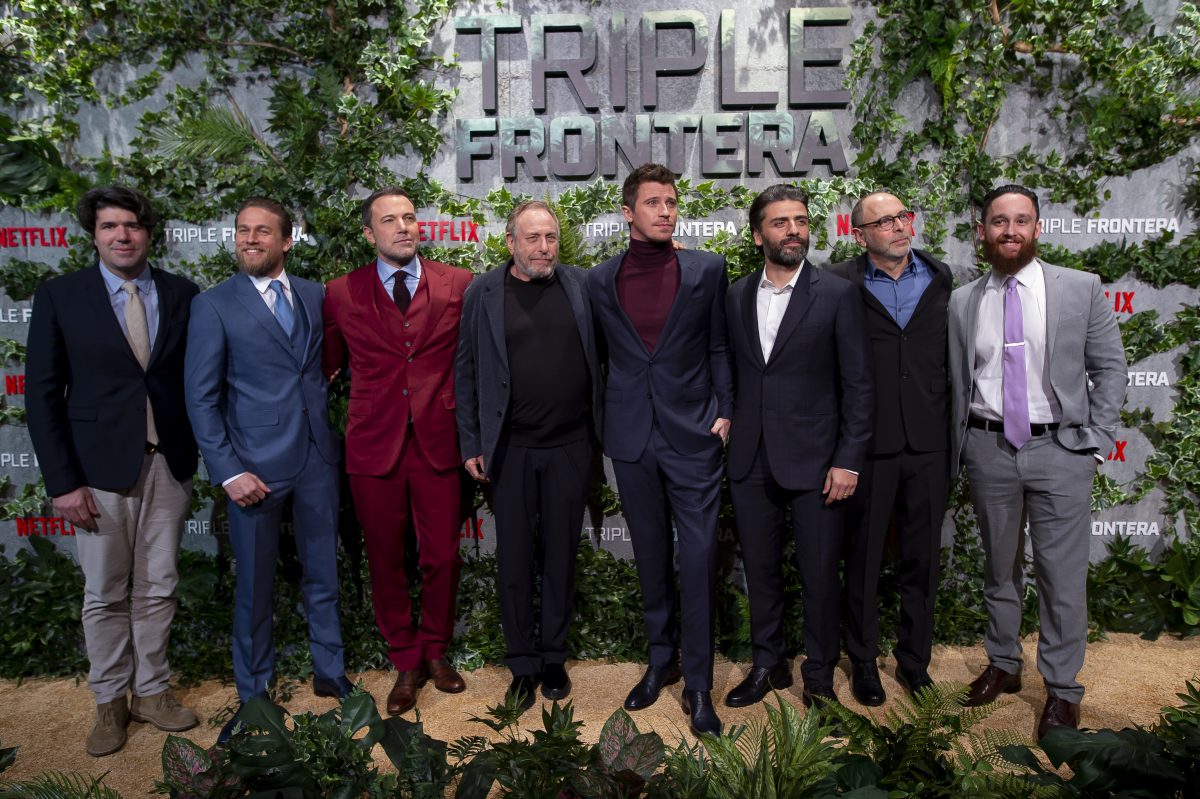 Do you ever watch a movie and find yourself surprised by how much you actually liked it? That’s me with Triple Frontier. I watched the Netflix film and found myself genuinely entertained the entire time while wanting to know more about these characters. Starring Oscar Isaac, Ben Affleck, Garrett Hedlund, Pedro Pascal, and Charlie Hunnam, it definitely had the makings of a movie that would have had us asking “why?” and then actually enjoying it.

A heist movie set in Paraguay, Argentina, and Brazil, where the actual triple frontier is, its five stars have wonderful chemistry and leave you on the edge of your seat throughout the entire film. Hunnam couldn’t really do an American accent throughout, it but that’s a different story. The film was great; it was a fun thing to watch on Netflix, and provided plenty of screengrab-able jokes!

But then, like all good things, a white man had to ruin it. (Just kidding, but also, accurate in this case.) Charlie Hunnam was being interviewed for the movie, talking about everything, and he just willingly brought up Jordan Peterson. Why? Because all good things must come to an end.

this is a BAD LOOK, Charlie Hunnam. pic.twitter.com/pUvG8iL5HE

If you don’t know why Jordan Peterson is a bad look, writer Alicia Lutes collected a whole bunch of wonderful quotes showing why Peterson is terrible, but I guess that’s the “intellectual dark web” commentary?

“He was angry at God because women were rejecting him. The cure for that is enforced monogamy. That’s actually why monogamy emerges.” – Jordan B. Peterson, misogyny apologist

“What do you do when you get married? You take someone who’s just as useless and horrible as you are, and then you shackle yourself to them. And then you say, we’re not running away no matter what happens…If you can run away, you can’t tell each other the truth…”

I’m already tired, and those are just two examples out of Lutes’s thread, which, if you look at it, makes you want to claw your eyes out. SO, what does that mean for every mother’s crush?

Well this is a boner killer. https://t.co/lhknF4ADun

Luckily for us all, we have other options.

…and Charlie Hunnam is done. Good thing the universe provided us with Garrett Hedlund as a back-up pic.twitter.com/5ALXKfRd2T