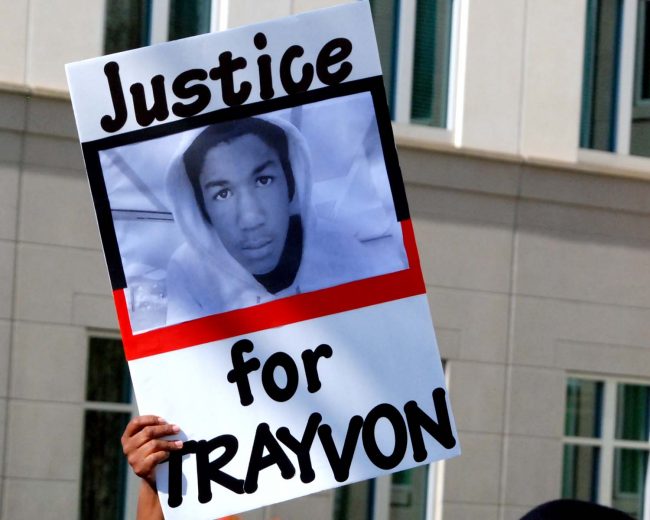 If Trayon Martin were alive today, he’s be 22 years old and likely a college graduate. Unfortunately, his life was cut short on February 26, 2012 by a man who claimed self defense; a man who had a history of domestic violence; a man who stalked the 17-year-old because he saw a black kid in a hoodie as suspicious; a man who did not listen to the 911 operator’s order to back off; a man whose name I refuse to mention because of how despicable he is.

We all remember the story: Trayvon was walking home after purchasing skittles and a can of soda. A man saw him in his hoodie and proceeded to follow him. At some point, the two got into a scuffle. Trayvon was unarmed, the other had a gun. He was shot point blank in the chest and died at the scene.

The worst part is that during the altercation, you can hear his screams for help captured on audio by witnesses who had dialed 911. However, that didn’t stop his killer’s defense team from trying to paint him as a “thug” prone to violence because of some old pictures and Tweets. White supremacists even hacked his inbox in an effort to discredit his character, despite the fact that his inbox was full of information about the SATs and college scholarships.

Point blank: Trayvon Martin didn’t ask to be stalked, nor did he ask to die.

Despite his tragic death, Trayvon’s legacy lives on through his parents Sybrina Fulton and Tracy Martin who continue to share his story and speak out on other atrocities. Now, they’ll have an even bigger platform thanks to Jay Z and the Weinstein Co., who are turning his life into both a feature film and multi-part docuseries. Jay Z previously adapted Kalief Browder’s horrific story into a six-part series on Spike.

According to The Hollywood Reporter, the rapper secured the rights to two books: Suspicion Nation: The Inside Story of the Trayvon Martin Injustice and Why We Continue to Repeat It and Rest in Power: The Enduring Life of Trayvon Martin. The former carefully examines the trial that resulted in his killer being acquitted, which sparked protests throughout the nation. The latter offers up an intimate look at the teen’s life as well as what his parents went through following his death.

It’s too early to tell when both projects will be released, but it’s important that they do get made.

(via The Hollywood Reporter, image via Werth Media/Flickr)