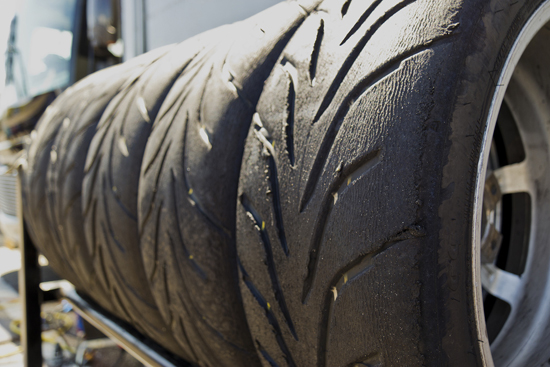 The dream of having electric cars without limited range is one step closer to reality thanks to a Japanese research group. The researchers, from Toyohashi University of Technology, showcased an experiment with the ability to send up to 60 watts through almost four inches of solid concrete. The technique they are using isn’t exactly new but the fact that they managed to squeeze out between 80 and 90 percent efficiency is.

The group, led by Takashi Ohira, used a set of modified tires set on top of the concrete which then sent the electricity to light an incandescent bulb to provide a much more visual clue that the transfer of energy was actually happening. According to the researchers, the high conductivity of the concrete used in roads and the cheap cost of materials could eventually lead to much more massive amounts of energy being produced and transmitted through as much as eight inches of concrete. It’s a good thing that the technology scales because the output needs to be multiplied by 100 if it were to ever truly power a vehicle like a car.

Any practical use of this technology is still a ways off and yet the precedent is now there to show that it’s possible. We just need more power. And if there’s something humans are always looking to gain, it’s more power.