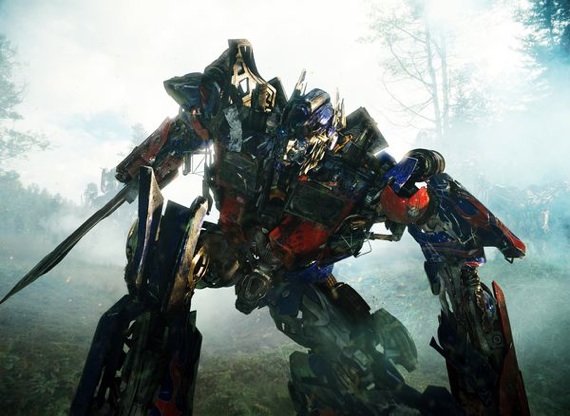 Okay, it had a few extra days to reach this number, but to be fair, it’s been bringing in millions since the beginning of the week. Transformers: Dark of the Moon (which, I confess, I’ve been calling “Dark Side of the Moon,” and I apologize for that constant mistake — I am into Pink Floyd that much) is set to make over $180 million over the holiday weekend, surpassing the box office numbers for past releases like Spider-Man 2 and The Twilight Saga: Eclipse. It’s also set to blow Cars 2 out of the water. The film it hasn’t yet beaten? Its predecessor, Transformers: Revenge of the Fallen.

Several factors are making this such a big moneymaker this weekend, so let’s acknowledge them: This film was released on Tuesday, and the weekend box office is including Monday (tomorrow, July 4th) as part of an extended holiday weekend, so it’s had almost the whole week to sell tickets. And those tickets, namely the ones for 3D and IMAX showings, are more expensive than ever. So the high numbers make a lot of sense. But still: box office record keepers do not adjust for inflation, so right now, Transformers 3 reigns supreme.

tl;dr — This is not your typical Friday-Sunday box office number we’re talking about.

The Autobots will also certainly topple last week’s winner, Cars 2, which suffered a 69 percent drop since last Friday, then had a slight recovery on Saturday. But it’s not alone — Green Lantern dropped another 68 percent in its third week of release. The lesson: don’t try to compete with Michael Bay. You’ll lose.