Apps That “Train Your Brain” Work, but Only Make You Better at Playing Them

Kind of like how Temple Run doesn't make you a better runner. 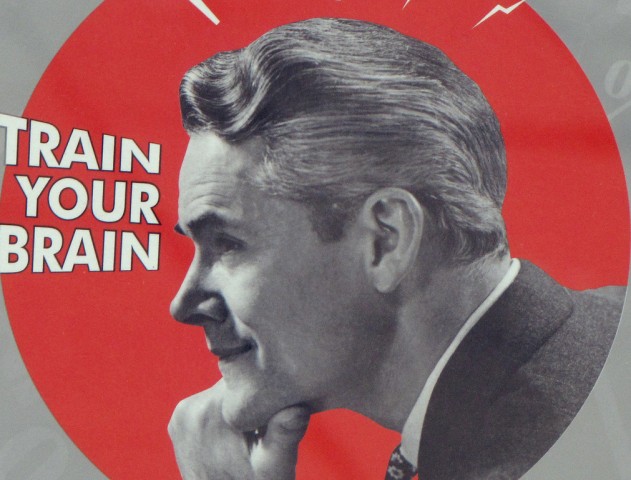 Games like Nintendo’s Big Brain Academy and apps like Lumosity promise to help you train your brain, but a new study published in the Journal of Neuroscience says such brain training activities only work at improving your ability to do the activities themselves.

The study was done by professor Elliot T. Berkman from the University of Oregon’s psychology department and his team. They measured the brain activity of 60 participants using fMRI during a simple test where participants were asked to respond to an on-screen arrow by pressing a corresponding button. In some cases, the system would beep to tell participants to release the button.

This test measured the inhibitory control, or ability to control one’s responses and behaviors, of the study participants. It found that practicing the test every other day for three weeks did show improvement to inhibitory control during the test, but the evidence did not show that the training would translate to a benefit in performing other tasks.

With training, the brain activity became linked to specific cues that predicted when inhibitory control might be needed. This result is important because it explains how brain training improves performance on a given task—and also why the performance boost doesn’t generalize beyond that task.

The fMRI scans taken during the trials showed that three areas of the brain are affected by the training, but also that the improvement is small. The next challenge for researchers is to figure out ways to increase the benefit and to make those benefits last longer.

Brain training games might not be doing as much good as we once thought, but that doesn’t mean they’re any less fun to play.

(Journal of Neuroscience via Medical Xpress, image via Leo Reynolds)