Testosterone in Part of a Bird’s Brain Makes Them Sing More, but Doesn’t Help Them Mate Successfully

It basically turns them into guys who hit on everyone with cheesy pickup lines. 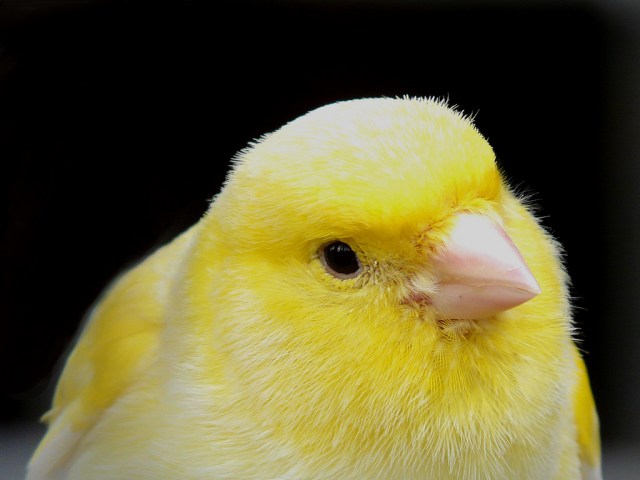 Male canaries woo potential mates with song, and a new study shows that delivering testosterone to one part of the bird’s brain increases the frequency with which the bird sings, but doesn’t improve how well they sing. They can basically talk to women, but don’t necessarily know what to say.

The study was done at Johns Hopkins University by graduate student Beau Alward and psychology and brain sciences professor Gregory Ball. They wanted to test how testosterone impacted the birds’ behavior when applied to the area of the brain that controls the animal’s sexual motivation called the medial preoptic nucleus, or POM.

The birds that received testosterone all over the brain had increased song frequency as well as quality singing ability. The control group just sang like regular, non-testosterone-injected birds, as was their mission.

Alward said of the research:

Our data suggests that testosterone needs to act in different areas of the brain to regulate the specific components of this complex social phenomenon. It appears that, like in so many other species, testosterone in the POM can regulate an animal’s motivation, in this case, the motivation to sing. However, singing and courting a female is more than just motivation. There is the quality of the song that is required to successfully attract a mate and then the process of attending to the female, or singing to her, when she is there which requires the coordination of multiple brain regions.

So while added testosterone throughout the brain resulted in more frequent and well-executed mating songs, testosterone in the POM alone was not an advantage.

Humans have a POM that controls our sexual motivation as well. Obviously the mating habits of canaries and humans differ greatly, but in both cases, as well as in other species, this research shows that it takes more than just the desire to sing/talk to a potential mate to successfully court one. Mating in any species is a complex interaction, and hormones like testosterone need to do different things in different parts of the brain for mating rituals to be successful.

It also shows that injecting testosterone directly into your medial preoptic nucleus probably won’t help you much, and we think that’s an important lesson.

(Proceedings of the National Academy of Sciences via Eureka Alert, image via Chris White)