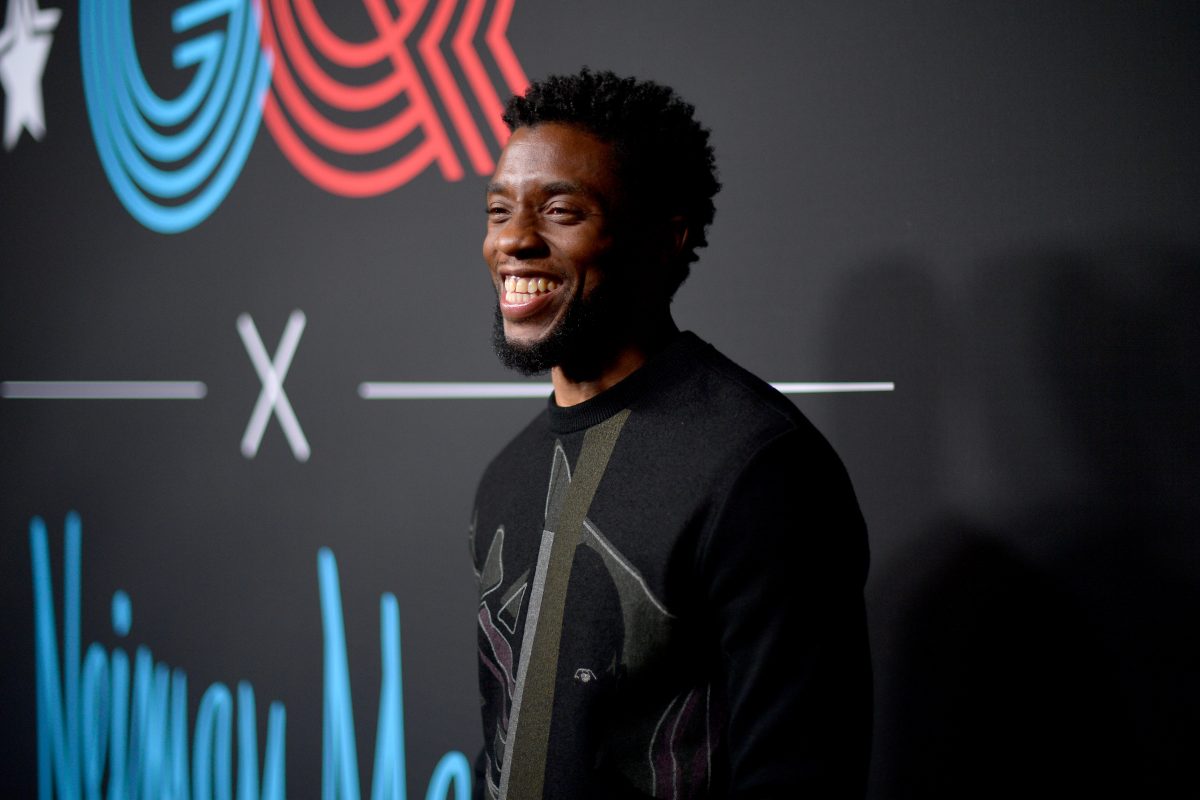 Chadwick Boseman, best known to audiences as T’Challa in Black Panther and the Marvel Cinematic Universe passed away yesterday at the far-too young age of 43. He passed away after a four-year battle with colon cancer, with his wife and the rest of his family by his side. It is an immeasurably sad loss of an amazing talent and a massive blow to a Black community who have already lost so much and suffered too much trauma this year.

Boseman wasn’t just T’Challa. He played a slew of iconic Black figures: Thurgood Marshall, James Brown, and Jackie Robinson. His death was particularly painful given that it came on Jackie Robinson day, when Major League Baseball marked Robinson’s historic integration of the sport and engaged in conversation on racial justice. August the 28th was also the 57th anniversary of the march on Washington, and the 65th anniversary of the murder of Emmet Till.

Boseman’s death was not just shocking because he was an icon and a real hero to so many, but because none of us knew he was even ill, and we simply don’t expect someone to be taken by disease without warning. But it’s a painful reminder that disease and disability are so often invisible and that we can never know what another person is enduring.

As explained by his family, Boseman shot so many movies while fighting cancer; while undergoing surgeries and chemotherapy. Cancer treatment is debilitating and exhausting, and yet, Boseman continued working, sharing his gifts and passion with the world and not asking for sympathy.

That’s incredible. But it’s also such a painful reminder that so many diseases and struggles don’t show up in red carpet photos and aren’t visible in a performance on the silver screen.

Reminder to me and everyone:
Silent battles are being fought, be kind.

Cancer is a monster. So is depression. So are so many diseases and mental illnesses. The people we encounter every day, both in daily life and in media are suffering and fighting battles we can’t imagine. That’s why it is so important to have compassion and understanding for all of them.

Chadwick was diagnosed with colon cancer four years ago, per reports. During that time, he gave us Civil War, Marshall, Black Panther, Infinity War, Endgame, 21 Bridges and Da 5 Bloods. Lord only knows what he was going through on a daily basis.

Chadwick was really out here shooting all of these huge action movies while fighting stage 4 colon cancer. Man. Strong isn’t even the word.

It’s not just important to be kind because someone may be sick though because we owe respect and compassion to everyone, not just people who are ill. But what this terrible loss reminds us of is that people are never here as long as we want and need them to be, and it’s so important to share our love and respect with them while we can.

Chadwick Boseman passed away from colon cancer, a disease we associate with older people, but the occurrence of which has been rising among younger people in recent years. The rates of mortality for colorectal cancer patients are also double the average among Black people, another factor of systemic racism.

Proactively testing is incredibly important in the fight against this disease, so if this loss scares you, schedule your colonoscopy. But we also must change the systems that make this disease so much more deadly among Black Americans. That will take time. It will take commitment and thoughtfulness and respect, all of which Chadwick Boseman embodied.

Chadwick Boseman left the world a better place than he found it. He gave an entire culture an iconic hero to admire, and he did that while fighting a terrible disease. He acted with grace and strength in all ways, and we owe it to his memory to endeavor each day to do the same.

(via: The Hollywood Reporter, image: Matt Winkelmeyer/Getty Images for GQ)