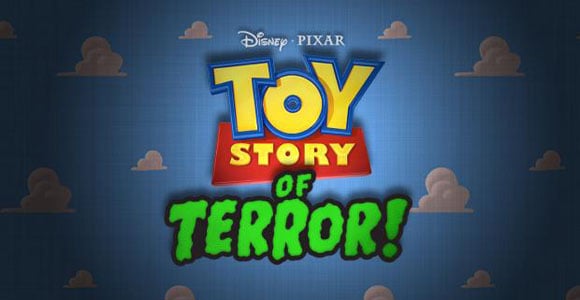 You’ll be able to catch, Partysaurus Rex, the new Toy Story short Pixar attached to the re-release of Finding Nemo on television tonight but are you ready for an all-new adventure with Woody, Buzz Lightyear and the gang? It’s called Toy Story of Terror and you’ll see it next year exclusively on TV!

Fans can catch Partysaurus Rex on the Disney Channel at 10:05 p.m. It was a short film directed by Mark Walsh that starred, who else? Rex!

But what about this new special? /Film points out the original Toy Story was meant to be a television project until the studio decided to go full-fledged feature with it. Toy Story of Terror is, as you might have guessed, will be a spooky Halloween-themed special. Here’s the synopsis:

What starts out as a fun road trip for the Toy Story gang takes an unexpected turn for the worse when the trip detours to a roadside motel. After one of the toys goes missing, the others find themselves caught up in a mysterious sequence of events that must be solved before they all suffer the same fate in this Toy Story of Terror.

It’s set to debut October of 2013 and will be a half hour long but there’s no word on which channel it will air. Looking forward to it?