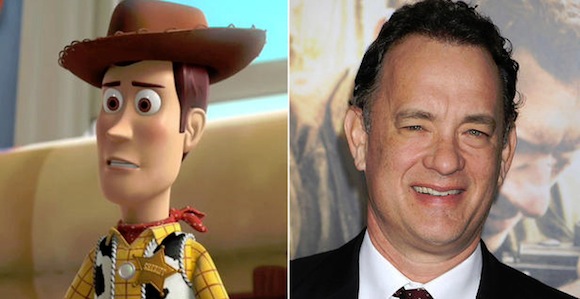 Sadly, we have no Brave trailer for you yet. According to my research, the teaser showed up on YouTube only to be taken down by Disney shortly afterward. However, there are still things of interest coming out of Pixar. Or things of confusion coming out of an actor who voices one of their most famous characters.

According to Tom Hanks, there’s a Toy Story 4 in the works.

According to Bleeding Cool:

Hanks appeared on the BBC’s Breakfast News this morning in an interview to support the release of his new feature Larry Crowne, out here on the 7th of July. It appears that the interview was filmed a couple of weeks back when Hanks was doing big junket days in London.

To close the interview, the reporter asked Hanks if there was another Toy Story in the works, which is like, what? because Pixar was pretty emphatic about 3 being the close of the story. The toy story. And Pixar isn’t too big on sequels, anyway, or, lets face it, they would have already made a Finding Nemo II, The Incredibles II, and… well, okay they’re making another Monsters, Inc., so I guess you have a point there. Anyway, Hanks implausibly responded:

I think there will be yeah. Yeah, yeah. They’re working on it now. There you go.

Really, Tom Hanks? …really? I mean, I want to believe. Surely any more additions to the Toy Story franchise and I’ll just be openly weeping through the entire film, but I just have one question. Are we talking to the Tom Hanks who produces serious WWII films and other documentaries?

Or are we talking to the Tom Hanks who dances on Spanish television weather reports?