I guess a Kung Flu Panda joke would be in poor taste. 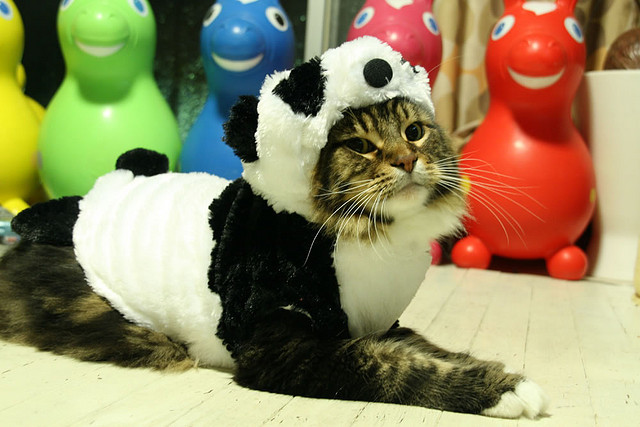 Insidious parasite Toxoplasma, famous for thriving in cat guts and causing psychotic behavior in its hosts, has claimed its first known panda victim. Toxoplasma transfers to humans too, but who wants to live in a world where all the adorable animals are dead?

In February a seven-year-old panda named Jin Yi at Zhengzhou Zo0 passed away after refusing food and appearing to be in mental distress. At the time CNN reported that the unfortunate bear was a victim to gastroenteritis and organ failure, but a necropsy last Wednesday unfortunately revealed a more sinister cause of death.

Wang Chengdong, head of the animal management department for giant pandas said to China Daily, this is “the first time we found toxoplasma in a giant panda, so we know very little about the infection and its pathology as it relates to this animal. Usually, toxoplasma will not cause death, according to my knowledge, but there are differences among different animal species. In the fox, for example, it may cause serious disease and death.”

Chengdong added, “Since we have now found the first case, we will include toxoplasma as one of the items of our examinations.”

Giant pandas such as Jin Yi are endangered, and typically live to 25 years in captivity. At this point zookeepers are unclear how she was exposed to the insidious virus, which isn’t super comforting. Of course, perhaps my history of cat-ownership is the only reason I find this news so depressing. Could my brain have already been infiltrated by toxoplasma, the destroyer of all things good and wholesome?

I’d prefer not to dwell on that. Go about your weekend, guys. Don’t get bit by any strange cats.