i can haz dead whales? 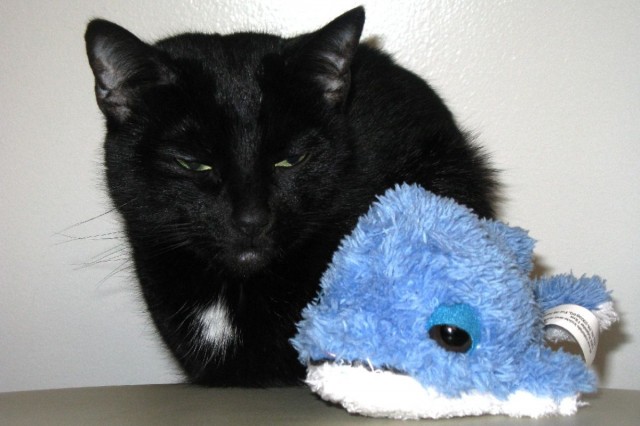 The internet loves cats, but it should also love Arctic beluga whales, because whales are great, majestic sea-cats and we need to embrace them. But tragically (and mysteriously) a parasite that previously typically infected cats has been turning up inside Arctic belugas – and scientists aren’t really sure why or how this is happening.

This specific parasite, Toxoplasma gondii, is usually found in cats, reproduces in cats’ digestive tracts. The parasite can sometimes be transferred to cat owners, who may experience no symptoms, but could also be on the receiving end of brain damage or blindness (that’s a fun lottery). Though T. gondii is common in the United States, researchers have noticed it beginning to turn up inside these Arctic belugas – and though it’s only causing mild inflammation, they’re afraid things might get more serious. Plus, if the Inuit start to eat infected whales, it’s bad news for everyone.

How is this happening? Let’s let Michael Grigg, a molecular parasitologist from the U.S. National Institutes of Health, explain:

“This common parasite in the lower 48 [U.S. states] is now emerging in the Arctic, and we found it for the first time in a population of western Arctic beluga. This is a parasite that is secreted by cats, so what is it doing in the Arctic and why now is it in the beluga? That is what we are starting to investigate: How did it get there?”

Oh, so… they have no idea. Okay, cool. That’s comforting.

The working theory is that global warming is allowing pathogens to travel through different environments with less difficulty, and the warmer Arctic temperatures allow for certain parasites to survive where they never could before. If cats brought to the Arctic ended up getting their cat-business into the ocean, then the parasites could have made their way into the whales. Literally everything about that last paragraph was gross and terrible and I’m sorry.

Here, have a Maru to feel better:

(via IBTimes, image via Matt)