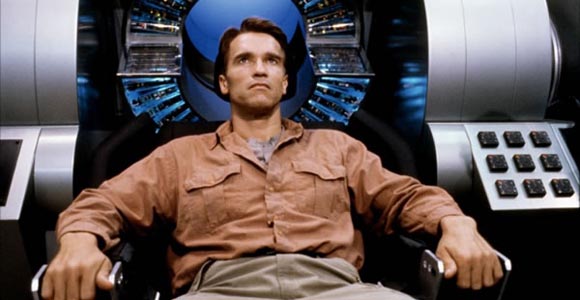 In the 1990 film Total Recall (and its 2012 reboot), the main character signs up for a procedure that will implant pleasant or thrilling memories in his brain. It’s used as a type of vacation for the mind but now, scientists have discovered how to do almost that exact same thing in mice. What are the implications of this discovery for memory disorders? I think the more important question is, how did they know the mice remembered what they planted?

The study, called “Mnemonic Representations of Transient Stimuli and Temporal Sequences in Rodent Hippocampus In Vitro,” is being published in the October issue of Nature Neuroscience.

“Using isolated pieces of rodent brain tissue, the researchers demonstrated that they could form a memory of which one of four input pathways was activated. The neural circuits contained within small isolated sections of the brain region called the hippocampus maintained the memory of stimulated input for more than 10 seconds,” explains Science Daily.

Now here’s how they knew it worked.

The information about which pathway was stimulated was evident by the changes in the ongoing activity of brain cells…The researchers also demonstrated that they could generate memories for specific contexts, such as whether a particular pathway was activated alone or as part of a sequence of stimuli to different inputs. Changes in ongoing activity of hippocampal neurons accurately distinguished between two temporal sequences, akin to humans recognizing the difference between two different song melodies. The artificial memories Dr. Strowbridge’s group created in the hippocampus continued to recognize each sequence even when the interval between stimuli was changed.

“The type of activity we triggered in isolated brain sections was similar to what other researchers have demonstrated in monkeys taught to perform short-term memory tasks,” said Hyde. “Both types of memory-related activity changes typically lasted for 5-10 seconds.”

“This paves the way for future research to identify the specific brain circuits that allow us to form short-term memories,” said Strowbridge.

The scientists are confident their study will have benefits down the road for patients with Alzheimer’s but also just those who have memory loss attached to aging.

(via Death and Taxes)