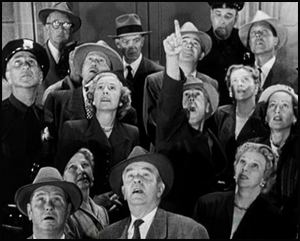 Look! Up in the Sky! Is it a bird? Is it a plane? No, it’s digital piracy being taken to a whole new level.

We here at The Mary Sue don’t endorse piracy, but we do endorse cool stuff, and even we have to admit The Pirate Bay’s latest plans for thwarting the internet censors look pretty durn cool. And by “cool” we mean “likely to terrify us, cause a cyber-war, and bring back apocalyptic fashion.”

The favored not-so-hidden den of internet pirates everywhere announced Sunday that it has launched “small drones” into the air in what Extremetech quipped will be “the first true example of cloud computing.”

The Bay plans to use small, highly advanced computers to form a proxy server network that “will have to be shut down with aeroplanes in order to shut down the system. A real act of war.” And the Pirate Bay isn’t even the first torrent site to come up with this idea: Torrentfreak.com announced yesterday that it has already “built a swarm” of airborne servers to participate in what it deemed a futuristic “aerial Napster.”

That’s all well and good, but those of us not gearing up for cyber-Armageddon can’t help but be a little wary of the extremes being resorted to in the name of a little bit-torrenting. Then again, given that Scotland Yard has also announced it will be putting tiny drones in the sky in order to provide surveillance during the Olympics, The Pirate Bay’s aims suddenly seem a lot less dire. Even if this part of their mission statement sounds a bit like the stuff of cults, dictators, and aliens of the week on Classic Trek right before Kirk tries to bluff them out of blowing up the Enterprise: “When time comes we will host in all parts of the galaxy, being true to our slogan of being the galaxy’s most resilient system.”

Er. Right. You guys have fun with that! 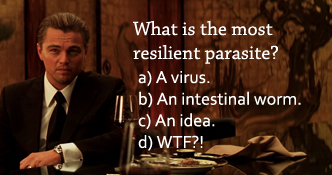