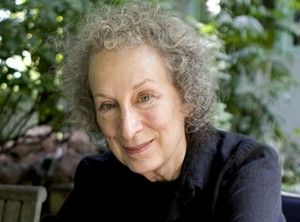 Toronto Councillor Doug Ford wants to shut down libraries because he thinks there are too many of them and no one goes to them. Margaret Atwood — an internationally renowned, best-selling Canadian author and winner of the Arthur C. Clarke Award, as well as an appointee of the Order of Canada, the Order of Ontario (Ford’s province), and a member of the Royal Society of Canada — finds fault with Ford’s statement and started a petition in support of keeping libraries open. Doug Ford claims that he’s never heard of Atwood, wouldn’t know her if she walked by him on the street, and if she wants to make any sort of impact on the state of the libraries, she should “go run in the next election and get democratically elected.” So, not only does Doug Ford make a point of going out of his way to be a jerk to Margaret Atwood, but he plays the “I’ve never even heard of this world famous author, so I choose to ignore the impact she’s having on my policies” card? Lame, Doug Ford.
Besides the general icky feeling we get from this story of a male politician telling a woman to sit down and shut up, what’s even more disturbing about it is Doug Ford’s seemingly blatant disregard for the opinions and impact of his constituents. Here’s how it began: Ford — who is a Councillor of Ward 2, Etibicoke North in Toronto and an advisor to his brother, the Mayor of Toronto, Robert Ford (not the coward who assassinated Jesse James, we should mention, but who is described as “thuggish” by Boing Boing) — has vowed to make drastic cuts to “everything that isn’t nailed down,” either by turning public services over to private entities or shutting them down entirely. He would like to shut down the Toronto Public Library and its local branches because he says there are more libraries than Tim Horton’s donut shops. (I believe they are like the Canadian version of Dunkin’ Donuts, but I’ll stand corrected if there is a better comparison.) He also stated that he’d shut down one library in an industrial area because “no one knows it’s there,” when actually, almost 40,000 people know it’s there and visit it every year. Margaret Atwood, who, in addition to being a world-famous author, is a very popular activist in her hometown, Tweeted her disapproval and started an online petition to save the libraries. Since she has over 250,000 followers, that petition promptly crashed.

But Doug Ford, who has been living in some sort of parallel universe, doesn’t really care about what some silly author lady thinks and had this to say in response to her petition and the subsequent crash by all those people who wanted to sign it:

“Well good luck to Margaret Atwood. I don’t even know her. If she walked by me, I wouldn’t have a clue who she is … She’s not down here, she’s not dealing with the problem. Tell her to go run in the next election and get democratically elected. And we’d be more than happy to sit down and listen to Margaret Atwood.”

So, basically, if you are a constituent of Doug Ford — like Margaret Atwood is — and you have an opinion about what the people in charge of your town are planning to do with your tax-funded programs and services, the only way to get Doug Ford to listen to you is to become a politician yourself. Or else, shut up.

But even Ford’s colleagues think he’s being a jerk, finding it kind of impossible for him to have no familiarity with Margaret Atwood.

“It’s just not something you say one of Toronto’s, and Canada’s, literary giants,” said Councillor Mike Layton. “She’s Margaret Atwood — she’s pretty important and a source of pride to a lot of people. What I’m hearing from people is mostly embarrassment about his remarks.”

Hear that, Doug Ford? You’re embarrassing your constituents. Maybe if you went to that library that you think doesn’t exist — the one that thousands of your constituents visit — you’d be a little more informed as to what’s happening in Etobicoke.

But just in case, citizens of Toronto, think about starting your political campaigns now.