Didn’t See That One Coming: Giant Camels Came From the Great White North 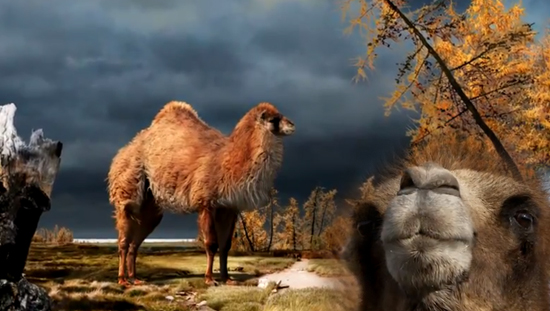 Everything you know may be wrong. You grew up assuming that camels originated in the Middle East, right? Or maybe Africa or Asia, like the two-humped Bactrian? Since that no longer seems to be the case, what else were your teachers lying about? You see, evidence has been found that giant, prehistoric camels lived in the Arctic circle and this just might be where our even-toed, arid-dwelling friends came from.

The facts are straightforward: Fossilized fragments of a leg bone were discovered in Ellesmere Island, in the Canadian Arctic Archipelago, and they’re about 3.5 million years old. Guessed to be a “High Arctic” camel, the assumption is that they lived in the forests during a prehistoric period of global warmth.

Now, we already knew that the camel forebears came from North America. About 3 to 4 millions years ago, they hoofed across the now-vanished land bridge (the Bering Isthmus) that linked Russia with Sarah Palin’s backyard in Alaska. Some wandered south first and became llamas and alpacas, while others headed into Asia and African and became the camels that Indiana Jones didn’t want to ride on many years later.

But this new fossil analysis lets us look further back in time, gives paleontologists a wider approximation of the animals’ old stomping grounds, and even reveals more about climate change. It also shows that these ancient camels were big, at least a third higher than the Arabian species. These were dire camels, if you will. 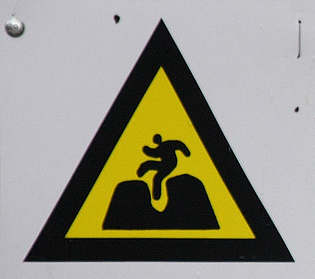 Warning: Giant camels are big. Do not attempt to cross between one hump and another.

The authors of this study published their findings in Nature Communications: “The results suggest that the evolutionary history of modern camels can be traced back to a lineage of giant camels that was well established in a forested Arctic.”

Vertebrate paleontologist Natalia Rybczynski from the Canadian Museum of Nature also ruminates that “perhaps some specialisations seen in modern camels, such as their wide flat feet, large eyes and humps for fat may be adaptations derived from living in a polar environment.”

Like tauntauns in icy Hoth, now we know that gigantic progenitor camels stalked the unfrozen north a long, long time ago. And though proto-humans didn’t mix with them, we imagine if they did, we’d probably have ridden and abused them. We’re such jerks.

Next we’ll find out that penguins originated in the sweltering dunes of the Sahara.