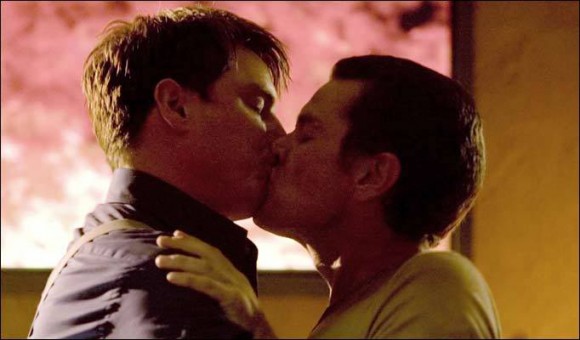 Russel T. Davies, Torchwood: Miracle Day producer and co-writer, is very adamant that the world know that Captain Jack Harkness is not gay. Which upon first listen can lead to a giant “WTF,” because, well. Don’t get up in arms too quickly, however: Davies quickly clarifies, and he is simply worried that he spent too much time playing up the character’s homosexual leanings (we’re not complaining) that they neglected the heterosexual side. After all, as Davies tells AfterElton, Captain Jack is omnisexual.

I think by the end of this series I’ll have to give interviews stressing that Jack is omnisexual and not just gay; we’ve failed slightly with the ladies this time. And I don’t say that lightly either – we’re telling some genuine love stories, passionate love stories as well as having some fun with the character. There’s one relationship as the series develops that becomes in many ways the spine of the whole thing; the character [of Captain Jack] has not been calmed down, or censored, or compromised in any way. I’m sort of making myself the hero of an invented fight; that was never even suggested by Starz or by the BBC or by anyone. If you buy into Torchwood, you buy into Captain Jack, you never try to temper him.

This was in response to a question regarding how many men Captain Jack would be locking lips with this season (the answer: “You’ll be more than happy”). He then went on to talk about his love of Jane Espenson and The Good Wife, so he’s good in our book.