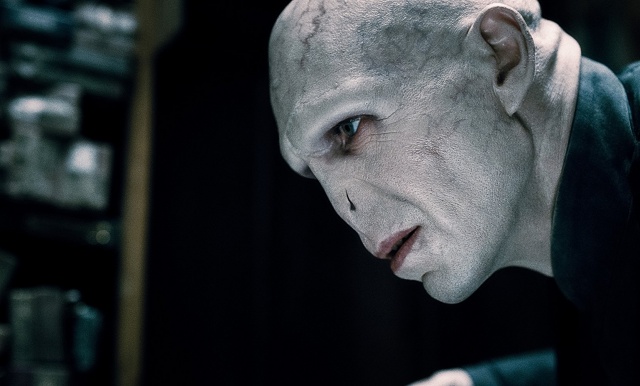 Harry Potter think-piece time! Tor.com author Mairead McNulty published an article asking for us Potter-heads to reconsider the parents of Voldemort: Tom Riddle Sr. and Merope Gaunt. Say no more. The article/essay is really interesting and while I don’t agree with every point listed in it McNulty brings up two really interesting points that I myself have also always believed. (1) Merope should not be blamed for “not having Lily’s courage” when she was a victim of child abuse for most of her life (2) Tom Sr. was raped.

Merope’s childhood was spent being the punching bag of her father and brother, who saw her weak magically abilities as a disgrace considering the purity (aka inbreed-ness) of their family line. Her powers, as a result, never fully manifested until sometimes after her father and brother were removed from her life. Merope’s decision to then us a love potion to rape Tom Riddle Sr., which led to Voldemort being conceived was probably the most advanced spell she’d ever done. Her choice to remove the love potion and hope Riddle Sr. loved her was naive and her decision to give up magic, as a result, left her suspectable to the high rates of pregnancy death a woman of her time period would have been susceptible to. It is likely that Merope saw an attempt to save her life to be a selfish action and thought Tom would be better off without her.

As for Papa Riddle, can’t say I blame him for running for the hills when that “love potion” wears off. That’s the thing about “love potions” and all sort of love charms that actually work in fiction, they are really just facilitators for sexual assault and rape. Riddle Sr. decision to abandon Merope is framed as callousness because she just loved him so much, but that doesn’t actually matter. What matters is that she manipulated him and raped him. Should he have cared about his son? Maybe. Is he an evil monster for not wanting to be involved with his rapist and a child born from that rape? I don’t think so. Highly recommend reading the full essay, even if you disagree. (via Tor.com)