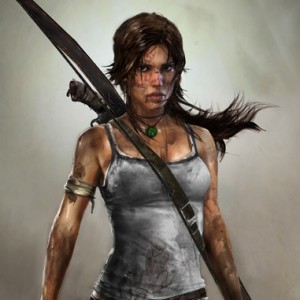 Not only are the Tomb Raider games getting a reboot with a scruffier, survivalist Lara and less emphasis on T&A, the Tomb Raider films as well are getting their own reboot, and today’s announcement of who the screenwriters are puts some considerable talent behind the project.

According to ArrowInTheHead, GK Films have hired Hawk Ostby and Mark Fergus.

Ostby and Fergus (who have a joint Wikipedia page, for what it’s worth) were the guys behind the screenplays of Children of Men, and Iron Man, as well as touchups for Jon-Favreau-directed, Steven-Spielberg-produced Cowboys & Aliens. That’s a pretty good pedigree for a videogame adaptation movie. And then there’s what the writers themselves actually said about it:

We are thrilled to be working with [producer] Graham King and his formidable team — and we aim to write an origin story for Lara Croft that solidifies her place alongside Ellen Ripley and Sarah Connor in the pantheon of great female action heroes.