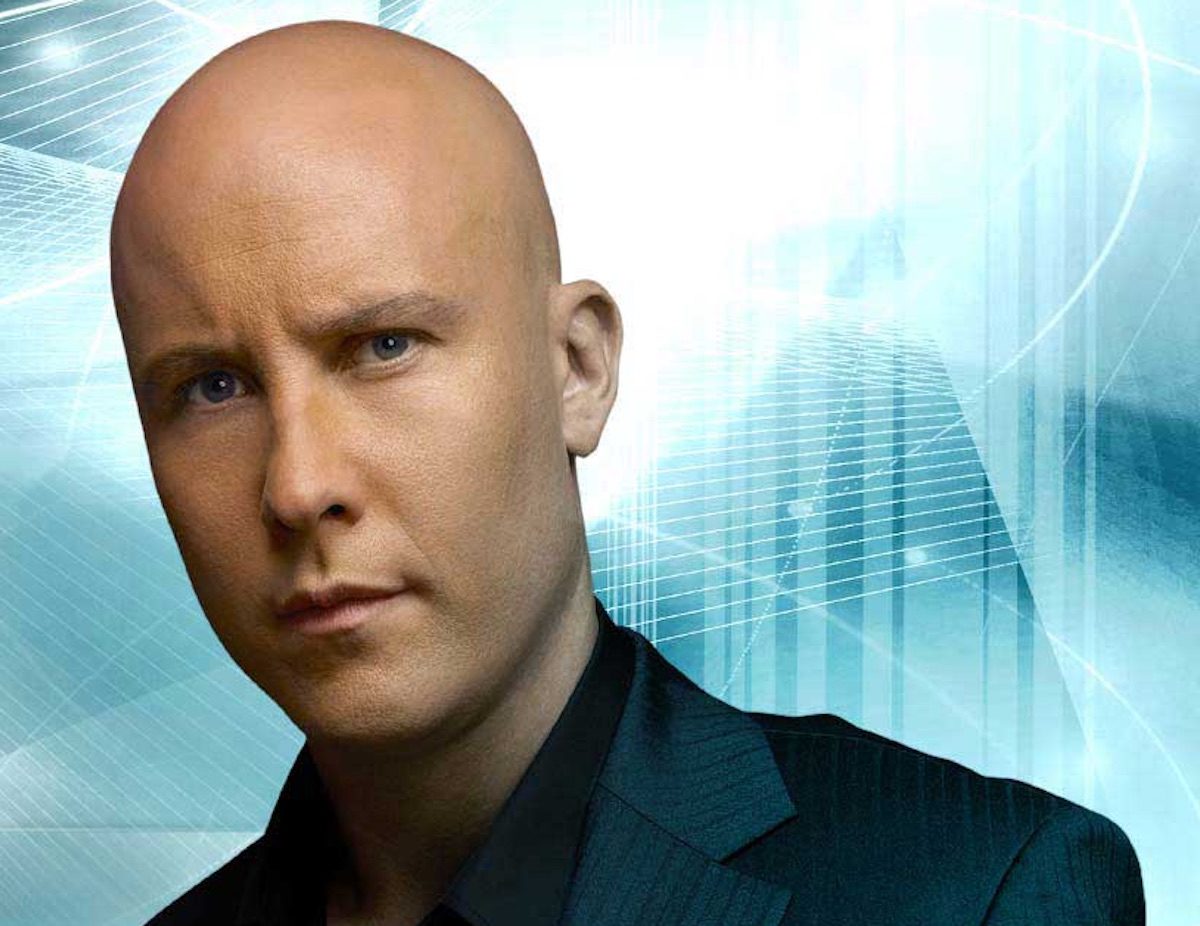 Actor Michael Rosenbaum recently Tweeted in response to a story that claimed he would have a cameo role as Lex Luthor in DC’s massive CW TV crossover event “Crisis on Infinite Earths.” Rosenbaum debunked the report, saying this was the first he’d heard of it. In what universe or multiverse do you not get Michael Rosenbaum to return as Lex Luthor if you have the chance?

Smallville starred Tom Welling’s youthful Clark Kent coming into his superpowered abilities and awkwardly navigating high school, and it featured Rosenbaum as my all-time #1 Lex Luthor. Rosenbaum’s Lex was a gift unto me, who was also awkwardly navigating high school. This Lex was nuanced, multifaceted, and played by Rosenbaum with equal parts vulnerability and sexy menace. Every week, Rosenbaum would take his Smallville material and somehow elevate it to Shakesperean drama levels of pathos. Many of us started tuning in just for him.

Those of us who watched Smallville and loved Rosenbaum’s Lex are still onboard this speeding Porsche many years later. That’s why it seems like the most obvious casting decision of all time to bring Rosenbaum back for the huge, property-spanning Crisis on Infinite Earths event that The CW is cooking up. And a recent story from the site We’ve Got This Covered seemed to make our dreams come true, writing that reliable sources had told them “Rosenbaum will indeed bring his fan-favorite Lex back, if only for a quick cameo.”

Those same sources also suggested that Welling might return for the sprawling event that we know will see both Tyler Hoechlin and Brandon Routh as different versions of Superman. (We’ll also be getting legendary voice actor Kevin Conroy as Bruce Wayne and the original TV Batman‘s Robin, Burt Ward, as an older Robin.) “Crisis” is set to mash-up favorite former DC players with the present.

The problem? Rosenbaum doesn’t appear to know anything about this miraculous bit of casting.

First I’ve heard of this… Cryer you know something I don’t? Anyone? @MrJonCryer https://t.co/dUmWPM33Cp

On Twitter, he even tagged actor Jon Cryer, Supergirl‘s recent Lex, for more information. Cryer, at least, knows what the public wants.

Cryer, stop being so lovable. I swear to God.

Unless this is a case of two Luthors being sneaky in order to surprise us with infinite Lex cameos in the upcoming crossover, someone at The CW is dropping the ball. For those just joining us, Crisis on Infinite Earths will be a five-episode epic that pulls together the Arrowverse family—Arrow, The Flash, Supergirl, DC’s Legends of Tomorrow, and Batwoman (and now Black Lightning!)—and will run over two months across the multiple shows. As Deadline Hollywood reminds us:

The crossover event shares its name with the landmark 12-issue DC Comics series that was published in the 1980s and essentially reset the DC mythology by scuttling decades worth of characters and dense thicket of a canon built haphazardly by the month by hundreds of writers over decades.

The two most famous characters who got snuffed in the comic book series: Supergirl and the Barry Allen version of the Flash, characters now played on CW by title stars Melissa Benoist and Grant Gustin.

Here’s another thing about Rosenbaum: he has a long history with DC characters, and there’s the potential for not only his Lex but a riff on his versions of The Flash (Wally West), a character he voiced for years on Justice League Unlimited, along with Kid Flash on Teen Titans and The Flash (Barry Allen) on Justice: League: Doom. Rosenbaum is already the stuff of DC multi-property royalty. If he’s not on “Crisis,” I’m taking to the streets in protest.

Rosenbaum originated one of the screen’s first fully-fleshed comics villains who could also be read at times as a sympathetic antihero, which has become a bit of a trend as of late. At the beginning of Smallville, Lex mostly wanted to do good. He was Clark’s best friend after Clark rescued him from drowning via car accident in the pilot episode. He wore a purple button-up shirt like nobody’s business and lived in a sprawling mansion. His dad was a lion-maned megalomaniac bastard of a man. All of this was highly relatable. He became a fan favorite par excellence, and we kept cheering for Lex despite later villainies.

We haven’t forgotten him, and The CW would do well to remember that. If they somehow, incomprehensibly, don’t bring back Rosenbaum for Crisis, they can always have my idea for a President Luthor show for free. In the meantime, if you want more Michael Rosenbaum, you can listen to his weekly podcast Inside of You, in which he interviews famous friends in an intimate and unbridled style.

While we’re here, who else from DC’s storied screen history do you want to see in “Crisis”?