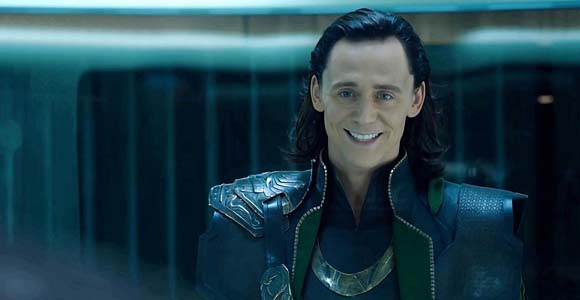 If you’ve seen or read Tom Hiddleston talking about his Thor/The Avengers character, Loki, you know he’s like a kid in a candy store. It’s obvious the actor takes great joy not only in the role but fans’ love of the role. In a recent interview, Hiddleston got to talking about why he loves Loki so much and even spilled a bit about Thor: The Dark World.

Hiddleston spoke with Total Film about Loki and tried to get as much out of him about Thor 2 as possible.

“The best thing about being Loki is that he is my diametric opposite. Physically, he is a photo negative of who I am. Loki is dark and pale, and I am light and fair. Also spiritually I am not much like him either. Yet I feel an incredible freedom in playing him,” he said. “He is a combination of mercurial intellectual ability, emotional ambiguity, rakish charm, charisma and provocative wit. He has a wicked inclination to mischief, underneath which is a well of spiritual pain. Both these aspects are central to his depth as a character: his unashamed and perverse delight in creating chaos; and his capacity for raw emotional expression.”

And he threw in this for good measure:

“And – as my American friends tell me – he’s kind of a badass! He’s one of the richest, most rewarding, most fun characters I’ve ever played.”

The interviewer did try and squeeze some information about Thor 2 out of Hiddleston as well.

“I don’t want to give too much away. But I can guarantee that you won’t be disappointed,” Hiddleston said. “Alan Taylor’s vision of Thor 2 is utterly brilliant. The journey continues in the most epic dimension and proportion imaginable. It’s very, very exciting.”

And juts because it’s too good to not share. Of Loki’s mental state, Hiddleston had this to say: “Underneath the steely cold veneer of his trickster charm is a certain vulnerability and sensitivity – the wounded fragility of an outcast brother and son. His mind IS a box of cats though! But I love him.” 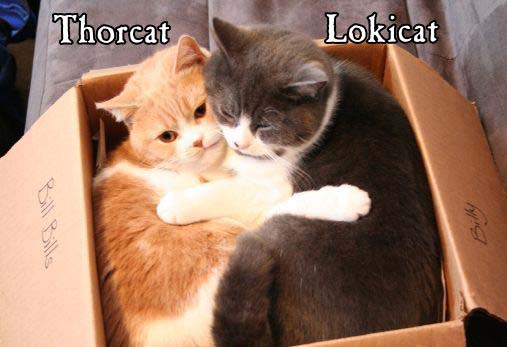 Look for more of this Tom-foolery coming up soon on our Tumblr!