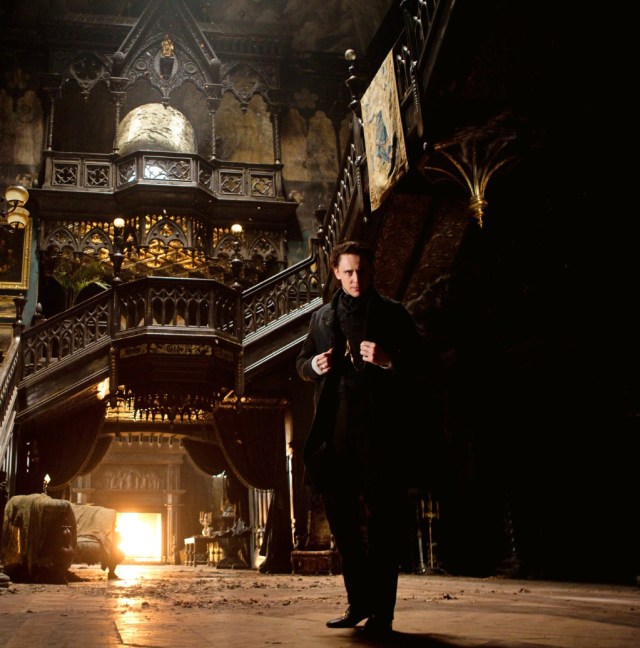 And the crowd goes wild!

A few weeks ago we brought you the first image of Jessica Chastain looking absolutely fabulous in her Crimson Peak costume but today Torilla has scans from Empire Magazine’s preview feature on the Guillermo del Toro film. And with that our first look at Tom Hiddleston and Mia Wasikowska. 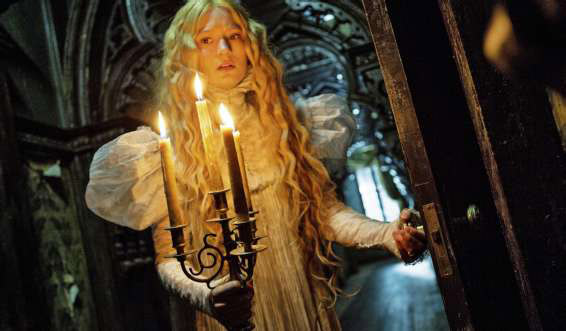 And the full page with what I guess you’d call an epic foyer. 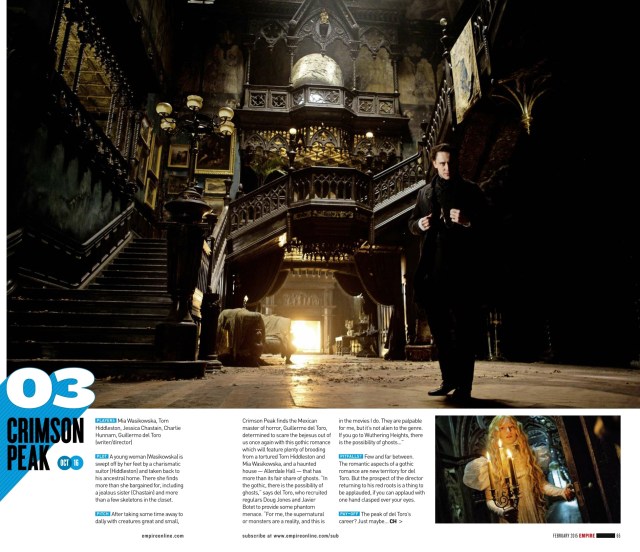 And a bonus shot from a Hiddleston fan page: