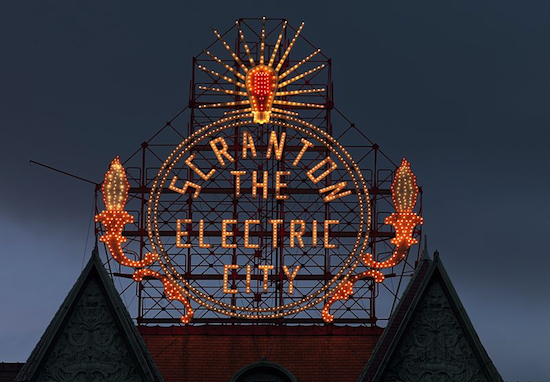 The series is expected to debut this spring, running for 20 episodes of three to four minutes each. The show will be fully accessible online, and on mobile devices as well. Hanks has been trying to find the right outlet for the series for some time, but has always wanted it to be online. At one point it was meant to involve puppets, but the Yahoo series will be animated with Hanks voicing one of the characters.

Plot-wise, Electric City is meant to be something of a challenging show that focuses on topical issues like energy consumption. However, it’s not all hippy-dippy green energy and hugs. The titular city is apparently a “seemingly peaceful” place in the middle of a post-apocalyptic world. From the AP:

Moving into original scripted content seems like a logical move for Yahoo, which has tried to reposition itself as a media hub, bringing together video, written content, and the like. Broadening their repertoire of content would give Yahoo another tool to lure viewers, and perhaps other series creators down the road. The move by Yahoo continues a wider trend of online services expanding into original content; for instance, online streaming and rental service Netflix will also be debuting its first original series next month.

Watch out, folks. The Internet is turning into cable.

(via Associated Press, image via Wikipedia)