Tom Colicchio to Create a Menu Based on Game of Thrones 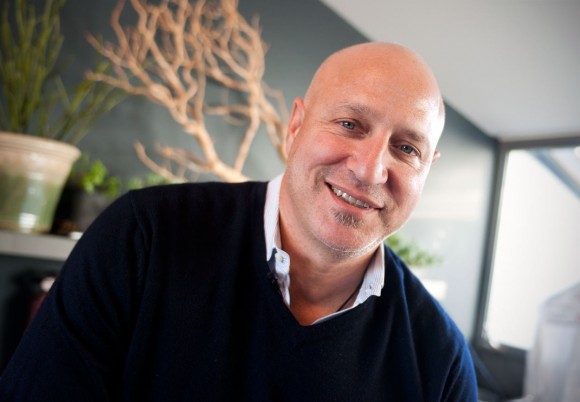 Renowned chef and head judge on Bravo‘s Top Chef Tom Colicchio has teamed up with HBO to develop cuisine based on their new medieval series Game of Thrones. The show is based on the popular book series A Song of Fire and Ice by George R. R. Martin, which follows struggles between noble families for the Iron Throne of Westeros. So, medieval fare! Glorious roasted turkey legs, ripped straight from the animal and eaten with the hands! … Um, not exactly. Colicchio says that “the real challenge was to come up with dishes that would fit to the five different regions of the series.” The items will be offered on food trucks in New York and Los Angeles starting on Monday, and they can be followed through the show’s official Twitter feed. And no (sadly), this will not be Medieval Times on wheels. But let’s cross our fingers for mead!