That Tolkien/Dickens Collaboration You Never Thought To Ask For 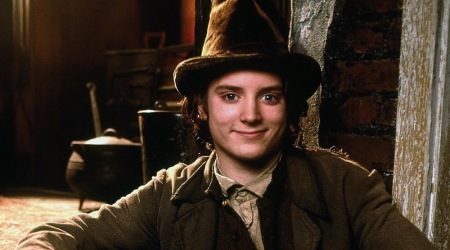 A collaboration between J.R.R. Tolkien and Charles Dickens may not have ever occurred to you. I mean, aside from the fact that the span of their lives happened almost exactly at a distance of one hundred year’s from each other, they’re also quite different writers. Dickens pioneered the serial novel and was always willing to allow the reactions of his audiences to sway the course of his stories, while Tolkien labored long years polishing complete manuscripts to his exacting specifications.

Don’t worry, it’s not as if anyone has unearthed a time-travel-produced manuscript of The Tale of Two Towers.

Michael Tolkien, grandson of J.R.R., has it in mind to write two novels for children based on stories his grandfather read to him when he was a child, and Gerald Dickens, great-great grandson of Charles, will be narrating the audio versions. But just to make sure they’re moving as many steps away from an actual Tolkien/Dickens collaboration as possible, the novels aren’t actually based on storie that Tolkien wrote… just books he read aloud to Michael.

It tells the story of two children who set out to use an evil enchanter’s wishing chain of stones to save their alpine valley, only to fall into trouble.

Michael Tolkien was introduced to the tales in the 1940s and 1950s as a child, and he later read them to his own children.

He said he decided to pay tribute to the now-neglected tale and to “recreate the spirit of the original in new dress”.

The second book, Rainbow, is based on Bone’s 1910 novel, The Other Side of the Rainbow.

Both books appear to be currently out of print or at the least very hard to find.

So, essentially, the grandson and great-great grandson of J.R.R. Tolkien and Charles Dickens are collaborating on a project, just to make everybody imagine Bilbo walking up to Smaug and saying “Please, sir, can I have some more… where this Arkenstone came from?” or Gandalf as a sort of Fagin type who turns impressionable young hobbits into adventurers instead of thieves. Enjoy.

(See, I thought I was going to have trouble finding a picture for this post, but then I realized that Elijah Wood played the Artful Dodger in a 1997 made for TV movie.)