Things We Saw Today: As the Childless Cool Aunt That I Am, the Toddlerhood Kickstarter Is Exactly How I Envisioned the Terrible Twos 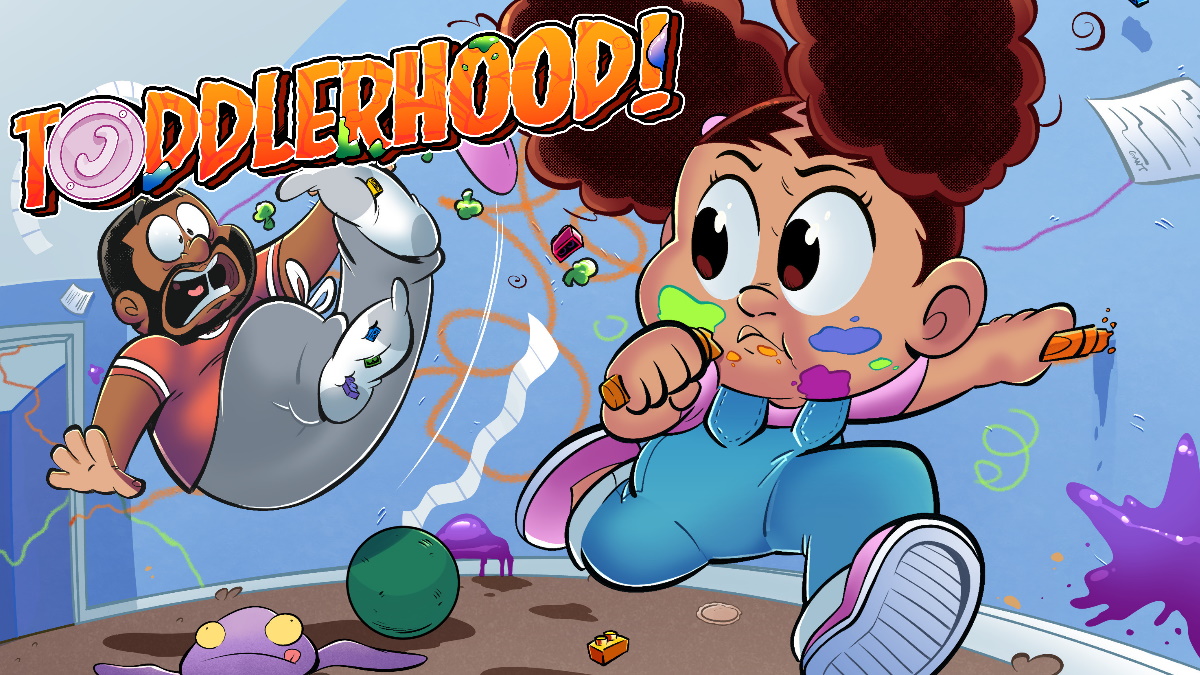 I have embraced my status as the cool, childless auntie who gives tiny tots the best gifts, and I can’t think of a better recommendation than Toddlerhood. 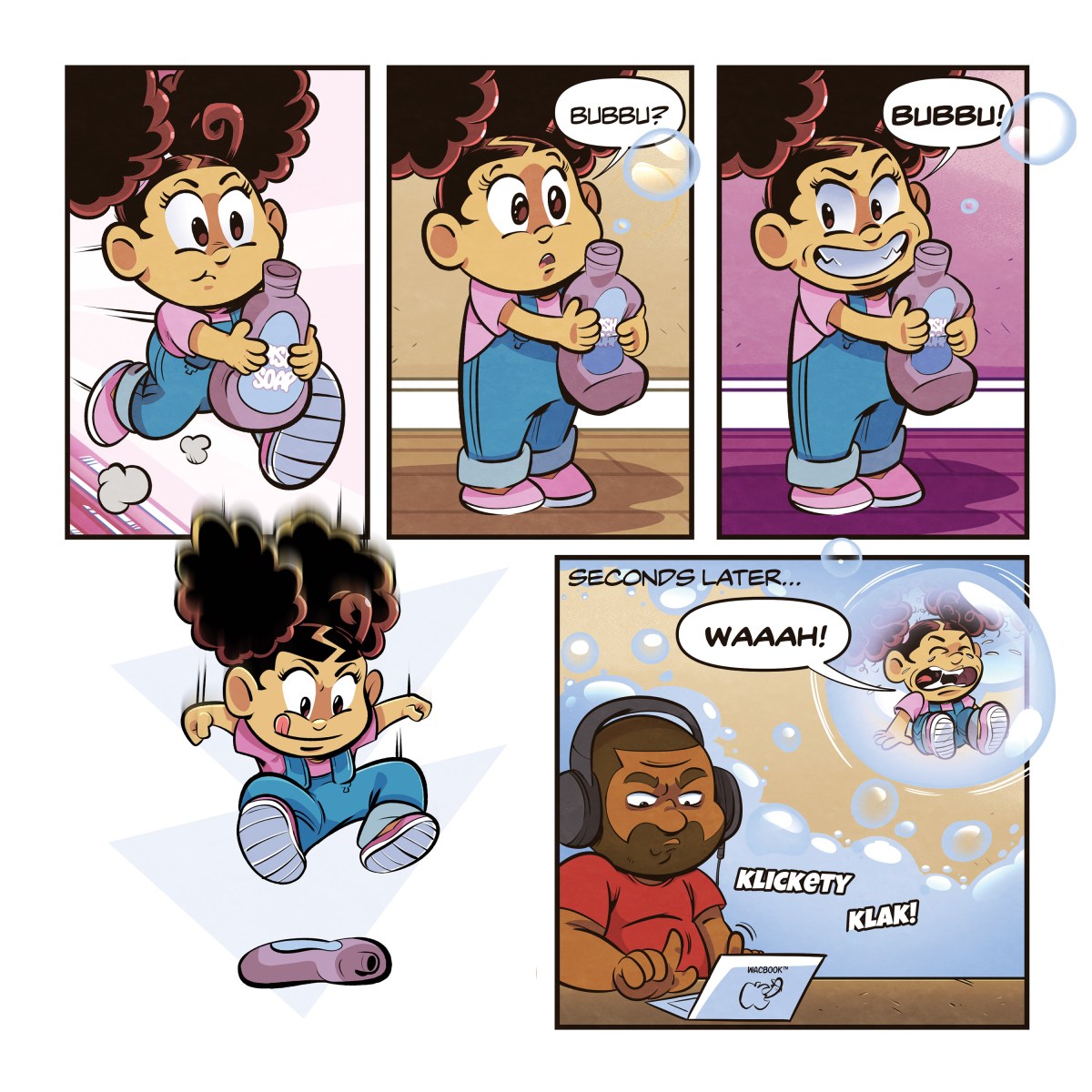 As someone who hasn’t spent a whole lot of time around toddlers, this series of comic strips by George Gant perfectly depicts how I imagine a normal day going with one based on the handful of children’s birthday parties I’ve attended in my lifetime. Gant says as much when explaining the premise of the series. “Toddlerhood! is a laugh-out-loud collection of comic strips that absolutely captures the fun and not-so-fun moments of surviving toddlerdom. From crayon eating to impromptu games of hide-and-seek, The Toddler‘s antics prove that great things come in small packages.” 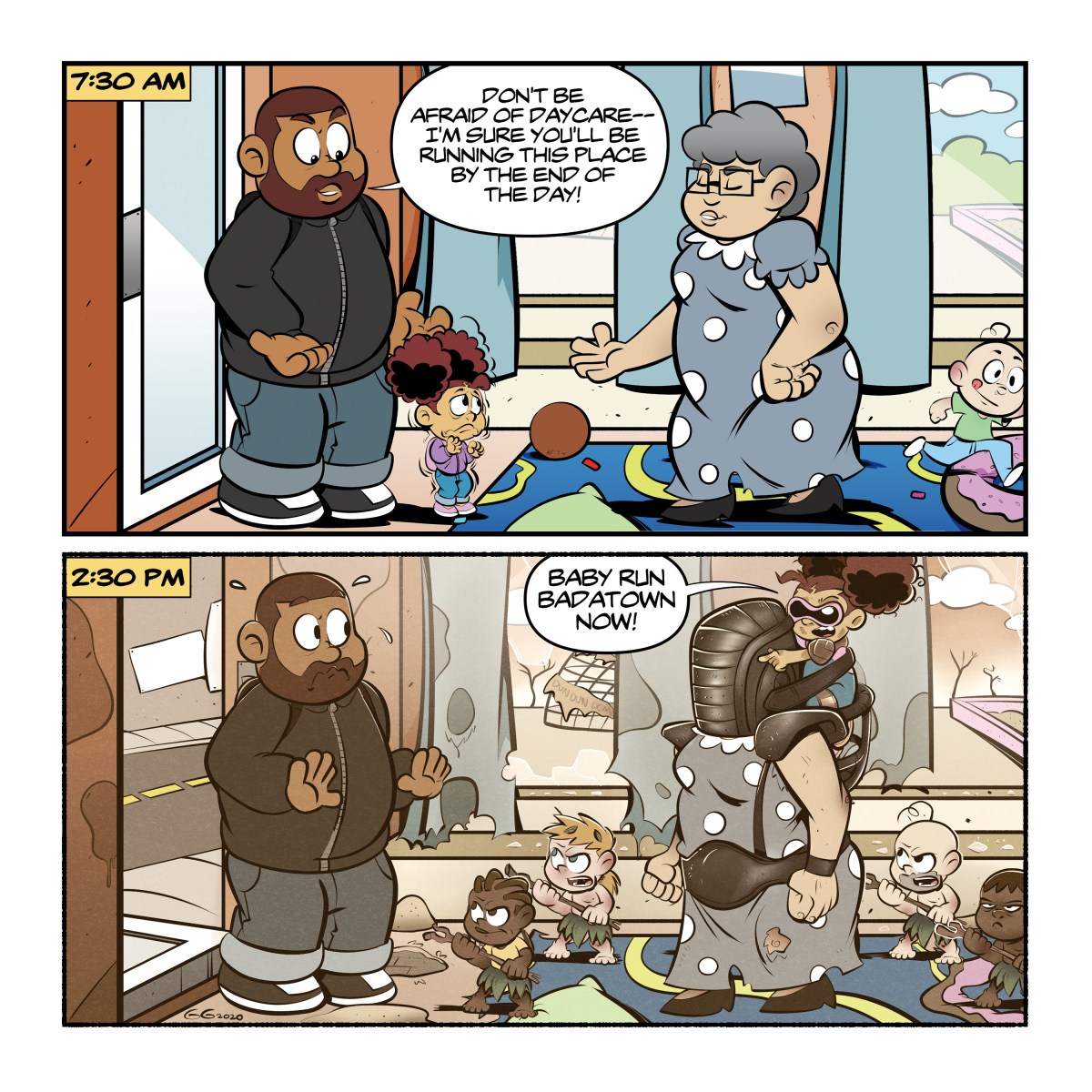 The Kickstarter campaign shows some wonderful examples of the comic, illustrating the ups and downs of being a parent to a rambunctious two-year-old in a fun art style that reminds me of cartoons I used to watch where kids would use the power of imagination to go on grand adventures. Is the Toddler really at the beach? No. Unfortunately, however, she’s using the toilet(?) and Epson salt(???) to pretend like she is?!?!?! 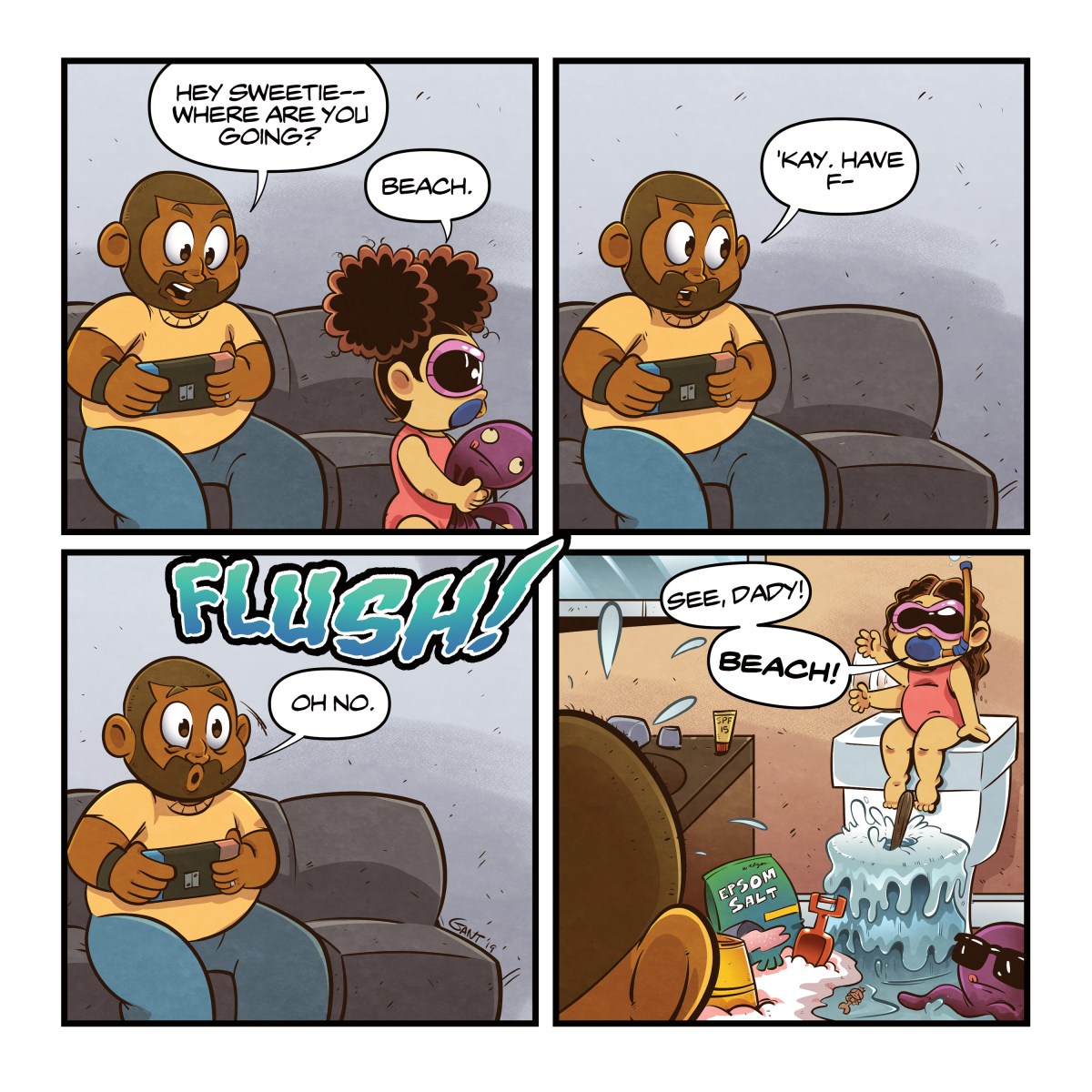 I suppose this is the part where I’m contractually obligated to tell the story of how I, apparently, painted our Great Dane blue when I was 3-years-old, according to my mother. I have no recollection of this, but after seeing George Gant’s comic strips, I have no reason to doubt it.

This Toddler is gonna look at this comic strip series and have a good laugh when she’s older.

Toddlerhood began as a series of comic strips called Beware of Toddler, where Gant would draw little one-shot stories about the misadventures of having a Toddler. Since then, it’s been nominated for three Glyph Awards, A Webtoon Canvas Award, and a Ringo Award.

“Beware of Toddler began with both a random drawing of a baby and an impromptu game of hide-and-seek with my then two-year-old daughter. Instead of wandering as I expected, my daughter made a beeline straight for me. I thought that was hilarious and instantly drew a comic strip about it.”

The stories generally reflect the antics of Gant’s toddler, but there are also stories that address the assumptions people make about him being a stay-at-home dad. 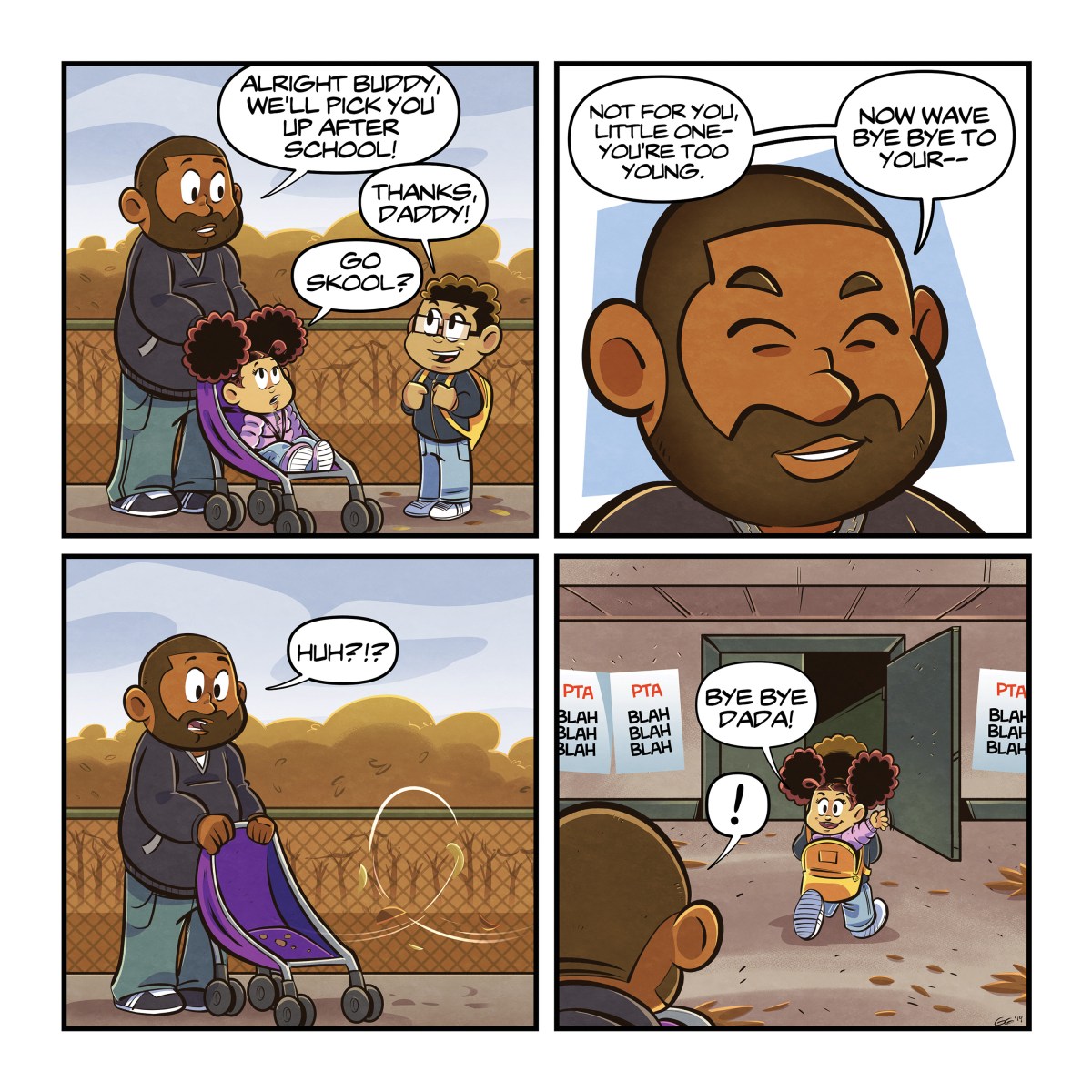 You can check out the Kickstarter right over here, but beware, the Toddler is lurking around somewhere. 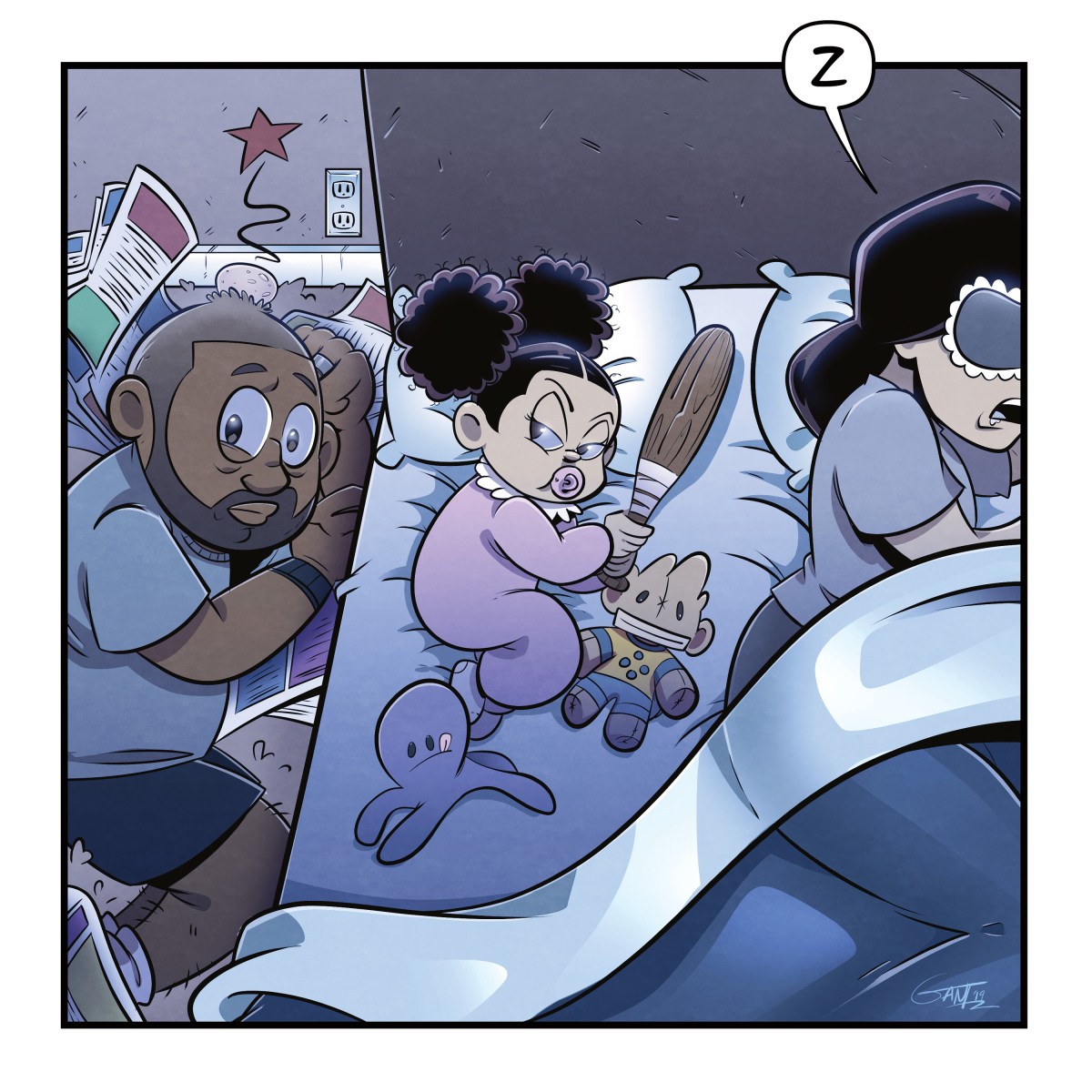 What else did we see today? Glad you asked!

Paul Sun-Hyung Lee (Iroh) gets emotional talking about the cast of Avatar: The Last Airbender pic.twitter.com/48VM8hkO14